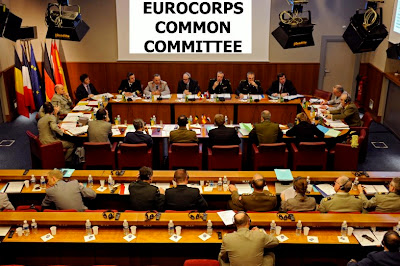 There is a point when you have to give up, because you can go further and achieve nothing more. Commenting on the Strategic Defence Review is one of those things where this must apply.

In dealing with defence, there is a single absolute – a sine qua non. Defence policy is the handmaiden of foreign policy. It is subordinate to it and cannot be determined until and unless you have decided on your foreign policy.

What then must happen, of course, is that you must then staff, organise and equip your armed forces in such a way that you can, within reasonable limits, pursue your foreign policy – to the extent that it relies on armed intervention or the threat of such intervention.

What we seem to have in the current discourse, however, is the "yes, but ... " syndrome. Yes, we know foreign policy has not been decided, but let's get on with deciding our defence policy anyway, they say.

But no can do. Without being firmly anchored in a workable foreign policy, the armed forces is so many expensive but useless toys and a bunch of highly-paid time-servers, awarding themselves badges and baubles and holding endless parades. We can do without them.

And another "but". It is so boring, I know, so one can understand the reluctance to talk about it. But we are in the EU ... foreign policy is a shared competence but primarily one dictated by the EU. Increasingly, we do not have independent decision-making powers with regards to foreign policy.

On that basis, since we are entirely dependent on the EU for the core foreign policy choices, there is absolutely no point in constructing an independent defence policy or having a strategic defence review, unless that just means chopping the budget, which it appears is actually the purpose of the exercise.

For the rest though, discussion is just so much hot air (see picture above – the 22nd common mounted military committee in action). We are in the EU, and that is the way it is. And that is why there are no politics any more – just revolution.