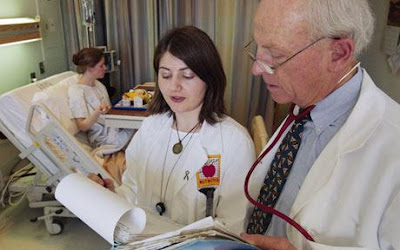 The features section of The Daily Telegraph is (rightly) making a song and dance about the working time directive, as it affects doctors. Our only caveat is a wish that it had complained with the same force when the directive was first proposed in 2003 and subsequently when it was coming into force.

But one also wishes that the paper would tell the full story. There is more to this than meets the eye, as the immediate driver for the current furore is the EU commission itself, which – as this document admits stems from the inability of the EU Commission to amend its own legislation, which it knows to be flawed.

This really does make the case for getting out of the EU, when we read: "In the Commission's view, the present situation is clearly unsatisfactory: it does not ensure that workers’ health and safety is being effectively protected across the European Union in line with EU law, nor that sufficient flexibility is afforded to businesses and workers in the organisation of working time."

One wonders how many people must die, and how much cost and disruption will be occasioned before this mess is sorted out – one that could be resolved within weeks if we were still a sovereign nation. One also wonders what the Eurocrats would make of the story of Sister Mary Gantry who was working in West Hill Hospital in Dartford, Kent, on 5 September 1940. It was then, early in the morning that a Luftwaffe bomb demolished the maternity ward block, killing two nurses and 22 new and expectant mothers. 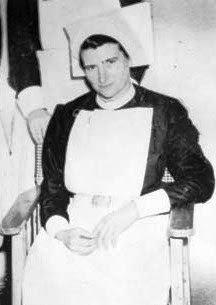 The episode is marked by the bravery of Sister Gantry who crawled in and out of the wreckage with a bowl of hypodermic needles, giving injections of morphine to the trapped women. She was dressed in her night clothes with an overcoat on. The following day she refused to go to bed and worked her normal shift – in what would now be a clear breach of the working time directive.

After my piece on The Europa, I am told that I should avoid these allusions to wartime Britain and the EU – but I beg to differ. The central ethos of the EU is of an institution devised to prevent a new war between France and Germany, and we are currently paying the price for that period of hostilities. To replace one evil with another is not an answer. The more we know of the former, the less enthused we will be of the latter.

Even now, I fail to see how killing patients through bureaucratic stupidity is somehow going to stop a newly resurgent Luftwaffe dropping a bomb on a maternity wing in Dartford.

Incidentally, and a propos nothing at all, I was highly amused to see that one of the ships damaged by a Luftwaffe bomb in the Port of London on 7 September 1940 was called the William Cash. I am saying nuffink ... nuffink at all.

Speaking of eurosceptics, I have been watching the contortions of the Hannan/Helmer duo, and their attempts to kick-start the EU Referendum campaign.

One sees the "usual suspects" in place and the same intellectual poverty that has hampered euroscepticism from the very beginning. But then, rather unkindly, one could note the endorsement and know that this is going nowhere. Tories supporting an EU Referendum campaign? Yeah, right!

The only thing that is going to get euroscepticism off its backside and into action is some serious thinking on strategy, the development of an intellectual case for withdrawal, and the working up of a plausible alternative to membership of the EU.

None of these things have been done and nor is there the money or interest in doing such things. So, instead, we have time-wasters like Hannan and Helmer, playing their dire, self-aggrandising games – and half-arsed articles on the working time directive.

But then, if this current activity is a political dead end, as some have remarked, that is precisely why it is being promoted. It offers the impression of activity with no danger of actually achieving anything, thus soaking up time and money which might be usefully expended elsewhere. This is the classic establishment trick, which ends up with us all going nowhere.

If we do eventually see any action, I guess it will eventually come from the same people who bombed William Cash.