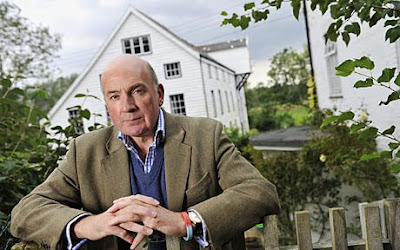 "The intention was to acquire a family of armoured vehicles with a common chassis, which would replace a range of ageing ones, some dating back to the 1960s. We were not aiming for a hi-tech solution, merely something that could meet most of our needs in timely fashion."  To help fund FRES we agreed to cancel two other projects, writes Gen Dannatt in his autobiography:


The capability was needed quickly, with an in-service date of 2007 or 2008, which meant technology bought "off the shelf". Interestingly, the United States Army had identified much the same requirement. Its interim solution, the Stryker, was highly successful in Iraq and Afghanistan. I spent a day in 2008 in Baghdad with a Stryker battalion. It nearly broke my heart. They had almost exactly what we needed.

Here, thus, in Dannat's book we have writ large the confirmation that he never understood what FRES was all about. This is absolutely damning - a CGS who did not understand the core re-equipment programme in his own Army! But the greater problem is, with a media that struggles to understand the difference between a Snatch and a WIMIK, there is no one who will call him out.

It cannot understand that this fool of a man cannot get his head round the very meaning of FRES ... Future Rapid Effects SYSTEM. He had (and has) absolutely no conception of the basic concept and design philosophy, and thus translated it into terms that he could understand and with which he was familiar ... a re-awakening of the FFLAV programme.

"We we not aiming for a high tech solution ..." says Dannatt. Offered FRES, he didn't understand it so he translated it into FFLAV.

If the man actually believes that FRES was "lo-tech" - and we are prepared to be to be kind - then we have to conclude that the man is even more isolated and detached than even I thought he was. FRES is the ultimate in high-techery and the price tag tells you the story. Actually, the man is terminally thick. All he could see was "new toys" ... at the time, he had not the first idea of the nature of and need for mine protected vehicles. He thought Piranhas would do the job.

I like to think we were instrumental in stopping FRES, to which extent we won the argument. FRES, as it stands, is dead in the water and instead of his toys, the Mastiff and other protected vehicles have been introduced. This leaves Dannatt floundering and spluttering, trying to justify himself in his book and blaming everyone else for his own failures.

My seminal piece was this one which actually brought a response from Drayson, to which we responded with this. Some of the story was told here and more of it here, drawn from the book Ministry of Defeat.

Dannatt really is an idiot. This is not rhetoric. Des Browne saved the Army from him. If the general had been allowed his own way, there would have been slaughter on a grand scale. Does he not realise that even the Stryker brigades re-equipped with MRAPs, and the Strykers were only let out after route clearance using Buffalos and the rest of the kit?

What strikes me is how accurate my book got it (but then I had sources most defence specialists would kill for). What also strikes me is how useless the media is ... then we knew that! But what also strikes me is the general willingness to believe an idiot general against a politician. That is understandable, but also disturbing that the wee children are so influenced by the uniform, the baubles and the badges. A lot of people need to do some growing up.