The myth has taken over 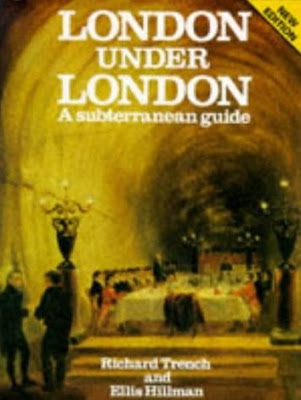 As we approach 15 September, the date chosen as "Battle of Britain day", we have been getting wall-to-wall programmes about various aspects of the battle. But nothing can be more moving than to watch survivors of the battle give their accounts of their experiences.

It is indeed brilliant to be able to watch these men and women, but while their accounts are offered as a taste of the "real thing", very great care should be taken before accepting the narratives offered as anything other than what they are, personal reminiscences. They are not necessarily to be relied upon as history.

What especially underlines this point is a passage in the first chapter of a remarkable book called London under London (pictured). This gives a graphic account of what it calls the "underworld war" – the story of the London Blitz from an underground perspective – and readily admits than much of what passed was "ugly and vile".

But it also gives an account of the founder of an organisation called "Mass Observation”, a certain Tom Harrisson who in 1937 set up a project to study of the everyday lives of ordinary people in Britain. He kept it going through the second world war and the data collected by the observers form a unique and invaluable social record of what went on.

But the fascinating thing is that, in 1975 – a year before he was killed in a traffic accident - Harrisson contacted as many of the original Mass Observers as he could find. He asked them to rewrite from memory what had happened during the Blitz. He then compared the two descriptions.

His conclusion was stark: "There is little or no logical relation between the two sets of accounts, 34 years apart. Memory has glossified and sanctified these 'finest hours'". The accuracy had gone and the myth had taken over.

And therein lies a vitally important point. By all means enjoy – treasure, even – the myths. We all need our myths, as do nations, as a way of navigating through the traumas of life. But never fall into the trap of confusing the myth with reality.

As regards the Battle of Britain, from a brutally objective point of view, it is probably the case that the last person to ask for an accurate overview of what was going on at the time is a fighter pilot engaged in the battle. Engrossed in the life and death drama, the perspective is necessarily incredibly narrow and limited.

Something of this comes over from a remarkable interview with Battle of Britain pilot, WH "Dizzy" Allen, who spent nearly two years watching the sun come up. He, himself, regards much of the "hype" as over-blown.

The crucial issue, though, is that these men gained their broader appreciation of the battle in the same way that we do – second-hand. But what also must be recognised is that the original narrative for the Battle of Britain was crafted in 1941, without consulting the two main players, Park and Dowding.

That narrative was political, distorted and specifically intended to make partisan points – without even the perspective that the passage of time brings. Yet that narrative has survived virtually unchanged and has been glossified and sanctified as the Battle of Britain myth. The myth has taken over - but it isn't history.