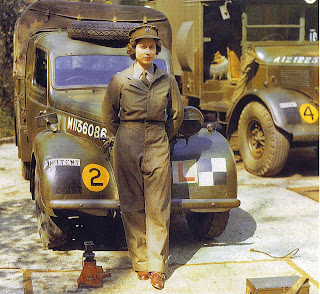 I have lost count of the number of times I've heard from sundry eurosceptics about the role of the Queen in protecting the sovereignty of our nation – the importance of her coronation oath, how she is the last resort, etc., etc.

There is, however, a growing realisation that the Queen is not going to come to our rescue, and drag the nation back from the clutches of the EU, forcing reluctant politicians to restore our independence and start governing us properly in the national interest.

And it may be that which fuels some of the current antagonism, being shown by The Daily Mail, which complains about a near £100,000 bill just for cleaning the chandeliers.

The Palace response however, is quite reasonable. To an average person who has an average house, it seems a lot. "This is our Head of State in her headquarters and a high standard has to be maintained," the spokesman says. "People are not profligate with the spending."

Actually, one could go with that, if the Queen was acting as a Head of State and was performing a role as a constitutional long-stop, protecting the people against the unconstitutional – as some would have it – depredations of the Westminster politicians. But, it seems, the Queen has now shrunk in stature to little more than a gilded figurehead, with no intention of fulfilling her constitutional functions.

For a fully-functional Head of State, £100,000 on cleaning the chandeliers is not a lot to pay. On the other hand, for a useless geriatric simply to enjoy the trappings and privileges of power, without giving anything back, it is far too much.

At the moment, there is enough residual loyalty and affection to sustain the Queen, who was around during our darkest hours (pictured). But the time is coming when more and more people will be asking what royalty is for.

That questioning will most likely become a torrent when or if Charlie takes the throne. We could see a crisis of confidence and much else. Not least, that may present the opportunity to bring home to people that the real head of state is the president of the EU commission, currently Mr Barroso, and that Mrs Betty Windsor is an "EU citizen", just like the rest of us.

Then, paying for cleaning the chandeliers will be the very last thing we have on our minds. We will be more inclined to hang something in their place.