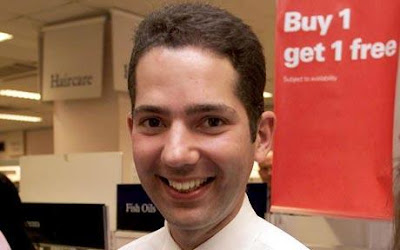 Not so very long ago, Booker and I were ruminating that there was a time once when, between us, we could have named every single minister in the government. Now, with the present lot, you get a big ho-ha about one of them, with his face all over the front page - Jonathan Doogly, or some such - and he is a complete unknown. The immediate response is one of puzzlement ... never heard of him!

There is a problem here, of course. The man doesn't look the part. Even though he is actually 45, if one saw him out on his own, one would tend to look around for his mummy or nurse. But the real point about why we neither know nor care who our ministers are is not unconnected with our tale on the working time directive.

What were once men of substance and power (some of them) are now merely messenger boys for an alien power. It is quite fitting, in a sense, that they should look the part – and be treated with the respect they deserve ... i.e., none at all.

For Cameron, though, it is a bit early in his administration to be losing ministers over low-grade sleaze – this should be more of a fin de cycle problem for dying administrations, as we saw with Major's ghastly crew of losers. With "new politics" standing for the same old corruption, but with added "yuk" factor, one tends to wonder whether The Boy's days are numbered.

We can always live in hope, not that that a change would make any difference.