A change of wind 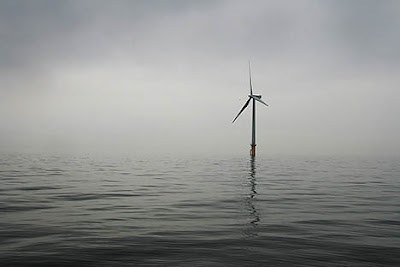 All but one of the 48 Republican hopefuls for the Senate mid-term elections in November deny the existence of climate change or oppose action on global warming, reports The Guardian.

Spluttering in its muesli, the paper goes on to report that the strong Republican front "against established science" includes entrenched Senate leaders as well as the new wave of radical conservatives endorsed by the Tea Party activists.

Some pundits are predicting a bloodbath in November, making it a pity that only a third of the Senate seats are up for grabs. But we can see the Senate fall very firmly into the Republican camp, and not just the good ol' boys, but hard-edged, in-your-face activists who are prepared to rip throats out.

We can then, or shortly thereafter, start seeing the death of the climate change miasma, with the chances of Obama getting anything through the House becoming vanishingly small. And then we see the bonfire of windfarms – not so much the wind of change as a change of wind.

Some time, very much later, we might possibly see British conservatives follow suit, if there are any left by them and just supposing we haven't been completely taken over by the evil empire.  But then, when you're heading for a civil war, nobody really gives a stuff about renewable energy anyway.