Water on a stone 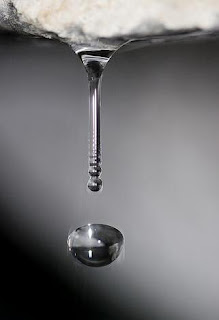 Gradually, on the blogosphere, diverse sites are building up knowledge and expertise on important subjects, such as service periods and costs for bird mincers.

This site is an example - nothing big-time or dramatic ... more likes drips of water wearing away at a stone. But it is something that that cannot be ignored.

Speaking of which, John Rosenthal has done a superb analysis of the "EU Connection in Climate Research".

He has identified 26 projects on climate change funded out of Framework Programme 6, worth a whopping €165,580,451. In FP7, the "climate research" manna, he says, has flowed even more freely.

In just the first three years (2007–09) of the current Framework Programme, the European Commission has already funded 28 projects on climate change for a total EU contribution, according to provisional data, of some €116,271,772.

Actually though, Rosenthal, for all the depth and value of his work, might have missed a trick. As we have reported, the EU is allocating €1.9 billion from FP7 on climate change and related "sustainability" issues, a factoid which would hugely strengthen his arguments.

It also makes the money paid by Big Oil completely irrelevant, as Booker asserted. And through these diverse and several means, the message gets through. It can't be stopped, and the force is irresistable.