Go thou and micturate 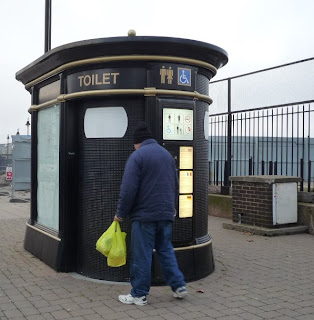 In a response to public comments on the coalition government's approach to "Europe", the FCO website tells us that it "understands" that so many of you feel jaded and sceptical about the EU.

Speaking about the EU in Parliament, therefore, the Foreign Secretary said he knows there is "a profound disconnection between the British people and what has been done in their name by British Governments". And thus says the FCO: "We want to deal with this." It continues:


That is why we have said we will not agree to any further transfer of sovereignty or powers from the UK to the EU during this Parliament. We are committed to ensuring that the British people have their say on any future proposed transfers of powers to the EU.

So we are introducing a law to ensure that any future EU Treaty that transfers competences or areas of power from the UK to the EU will be subject to a referendum. This "referendum lock" will ensure no Government will be able to pass more powers to the EU without your consent. This is part of our commitment to be more accountable to you for what we do in the EU.

If you did not stop reading when you reached: "a profound disconnection" and have got this far, at least we have the clearest possible demonstration as to why this should be.

As to the "dribble", and that it is, the interesting thing is that EU treaties should be looked upon rather as "enabling acts". They, in themselves, do very little. The transfer of power comes later, when they are used to create new laws. And that is the case with the latest EU treaty. The transfers of power and "sovereignty" come when the EU law is created, on the back of the treaty.

As always, they are taking us for fools. It turns out that the much-heralded "public consultation" to which the FCO was responding, was a total sham - as we always knew it would be. But, since we would not even consider as a title the most obvious response, we dress it up a little. It means the same thing.