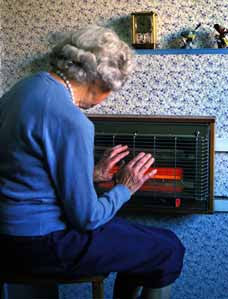 There would be some very great sense in tightening the qualifying criteria for winter fuel payments, as this administration is considering doing, if at the same time efforts were being made to keep fuel costs down.

However, it should be remembered that the core policy of the Cleggerons – as it was with the previous administration – is to increase the costs of home heating, so to promote fuel economy and thereby reduce carbon dioxide emissions.

The winter fuel payments, in this context, are a mechanism for mitigating the inevitable effects of increased fuel poverty and the concomitant increase in the death rate amongst the elderly, who are particularly vulnerable to hypothermia.

Not least of the problem here though is that the Cleggerons have such a limited grasp of the effects of their own policies. They are unable to link the effects of two diverse actions.

But then, such an activity would require them entertaining two separate ideas in their foetid little minds at the same time – something entirely beyond the capability of our current rulers. Unfortunately for the soon to die prematurely, the consequences of the linkage are going to be all too apparent.