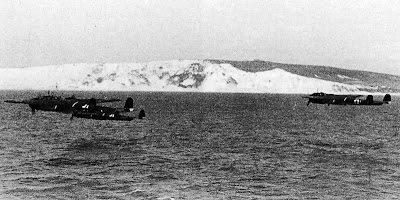 Having been given the day off, Fighter Command was back in harness, confronting the godless Nazis who did not seem to believe in the concept of Sunday as a day of rest. After a few morning reconnaissance flights, one of which Spitfires from No. 54 Sqn managed to shoot down, it was a day of massed formations. But on this day, such was the intensity of attacks that at one time every serviceable Spitfire and Hurricane was either flying or at readiness.

As before, the principal targets were airfields and the first wave of attacks was focused on Biggin Hill and Kenley. German tactics were challenging, comprising simultaneous high and low-level attacks, the former escorted by Me 109s to draw away the RAF fighters.

Read more on THE DAYS OF GLORY
Posted by Richard at 23:51