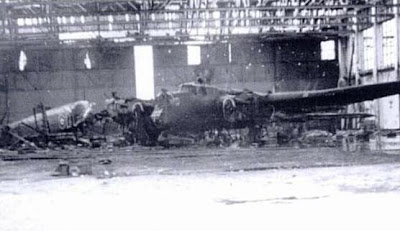 This was the day the RAF lost 48 aircraft, with many damaged, and claimed an outstanding victory. But then, everything is relative. The Germans lost 71 aircraft, and they also had a number of damaged aircraft to deal with.  In fact, it was a victory and the RAF had no need to exaggerate.  It did, of course, claiming 182 "kills". The Germans also exaggerated, tagging up 101 aircraft, including five Curtiss Hawks, a type which the RAF did not even operate.

Read more on DAYS OF GLORY
Posted by Richard at 00:30