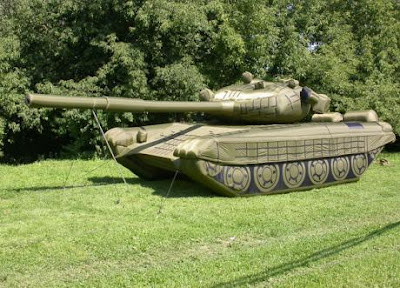 The Russians, it seems are to invest heavily in inflatable tanks (above) and other "blow-up" hardware copies, all to deceive her enemies as to how many toys the military actually has. Even missile launchers can be purchased (below) and, not to be outdone, the Septics have whole squadrons of dummy F-16s (belower).

There is a good precedent for this. During WWII, we made good use of decoys, even going to the extent of making whole airfields and towns. In total, there were approximately 630 Decoy Sites in the UK, of which, 230 were airfields and 400 were towns, marshalling yards steelworks, foundry and factory complexes. 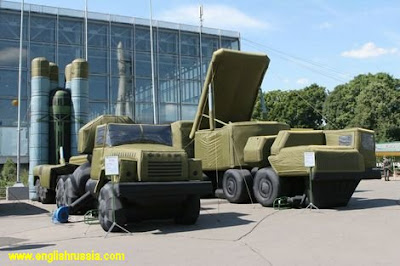 At the end of the war, it was claimed that the dummy airfields had been bombed 443 times, against the real thing being bombed a mere 434 times. The decoy towns were bombed about 100 times, drawing some five percent of the ordnance intended for real towns and cities. Official figures declared that decoy sites saved an estimated 2,500 lives and avoided 3,000 injuries. 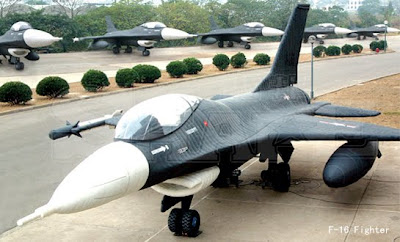 Some might argue that this is the answer to our pressing need to save money on defence. We can get rid of all our Challies and buy in the rubber stuff, saving ourselves a fortune.

But a better thought occurs. If we really want to save money, we can get rid of all our MPs and buy in rubber decoys to stuff the House of Commons. These can be bought "off the shelf", so to speak – one of the cheaper models illustrated below. 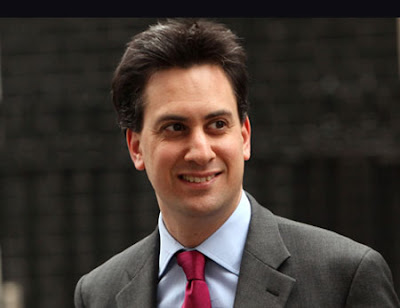 For a little bit more, you can even acquire ones that look nearly real ... not that one needs to go that far. As long as some of the seats in the House are filled, the detail doesn't matter that much.