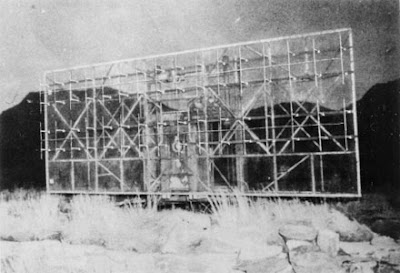 Today, the war erupts - the sea war joining with the air war to make for the biggest fight of the Battle so far. So many aircraft were involved, and so vicious was the fighting, that many regard 8 August as the true beginning of the Battle of Britain or, variously, the start of the second phase.

And, where you see the opening word "today", read yesterday - I'm running seriously behind and have had to abandon the piece only part completed. The problem isn't collecting the details, or even writing the narrative. It is, as so often, is fact-checking - which can be the longest part of the process by far.

And so it is with this day. There are issues here which don't seem to be right ... but I can't prove them one way or another, and the detail is crucial. You can see why historians are sometimes tempted to take short cuts - confirming details can be a tiring and unrewarding process. It is much easier to go with the flow.

Anyhow, it is all very unsatisfactory - an enormous amount of effort for very little reward. I've written what I can and will do battle again later today.

Read the story so far on DAYS OF GLORY
Posted by Richard at 01:08