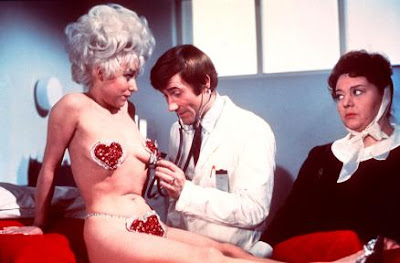 It is hard to believe that the famous Carry on Doctor film was made in 1967 – and equally so that the picture painted would today be unrecognisable. But, given the opportunity for a remake, the comedic possibilities would be endless, as the script-writers get to grips with the EU's Working Time Directive.

Think of the hilarity as the modern day Sir Lancelot Spratt (different film, I know) walks out of an operation, saying it's his home time, with doctors cast as "lazy clock-watchers".

But wait a minute! This is exactly what is happening. Such a film would not be a comedy but a documentary. What was it they said about life following art? And leave it to the Eurocrats and they will turn the rest of our administration into a comedy routine.

The problem is that, when it is real life, having a joke for a government isn't very funny.