Driving us into poverty 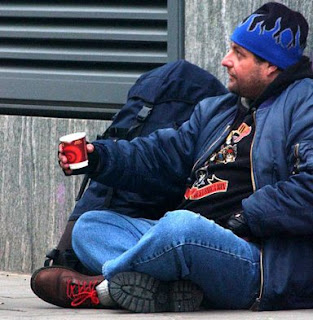 "Household gas and electricity bills are expected to rocket fourfold to nearly £5,000 a year by the end of the decade to meet Government-imposed green targets. And the price heavy industry will have to pay by 2020 is so high that energy-dependent firms could be wiped out, causing thousands of job losses ...".

That is the opening of a piece in The Daily Mail business section from yesterday, painting an apocryphal picture of the future we have waiting for us.

The story goes on to note that officials at regulator Ofgem now privately admit that a report they issued only last year severely underestimated the cost of cutting carbon emissions by building a new energy infrastructure for the UK. Ofgem's earlier report suggested that gas and electricity prices could double to £2,000 by 2020 to meet the £233.5 billion cost of "going green"

The paper also does something we rarely see, listing the charges already loaded onto energy bills, telling us that we are "loaded up by five separate charges to help fund the battle to combat climate change and become greener." They are the EU Emissions Trading Scheme, the Carbon Emissions Reduction Target, the Renewables Obligation, the Community Energy Saving Programme and shortly there will be a levy on investing in clean coal projects.

Illustrating the fatuity of these schemes, it was the Community Energy Saving Programme which led to the "wasteful avalanche of 12 million light bulbs", reported in The Times and elsewhere, when that number of low-energy light bulbs were posted to households over Christmas by Npower – all on the notional basis that energy savings would necessarily accrue from their distribution.

But, if the £5,000 figure shocks, it is only part of the equation. Higher energy costs feed through into the price of every home-produced commodity and service, while the added costs of benefits paid to redundant workers, the loss of tax income as firms close down, and the fall-off in economic activity will impose their own substantial costs.

Tied in with the way we are miss-managing our energy supplies and we are looking at a slow-motion economic catastrophe far greater than the economic crisis we are weathering, the overall costs of which are set to exceed the entire tax bill for the average household.

And that is the perplexing aspect of this whole charade. The political classes – not without merit – bang on about public expenditure, but they seem to be blind to the eye-watering additions to our private expenditure, forced by governments working to their "green" agendas.

What they do not seem to appreciate it that, in real terms, there is no difference between money coming out of the wage packet to pay taxes, and money having to be paid to meet government requirements. And it is the latter – on top of the former – that is going to drive us into poverty. It is about time our political classes woke up to that fact.