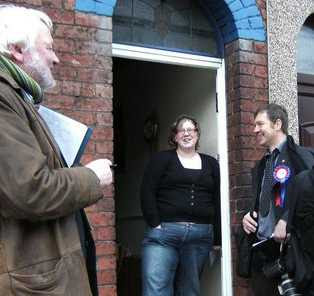 In The Independent today: "Those for whom the idea of the British National Party as a part of mainstream politics has always been unthinkable would do well to start thinking about it."

You can ignore the electorate for just so long ... eventually, it bites back. Get used to it … it's going to happen. It's happening under the radar, and it's going to go on happening until the mainstream parties wake up.

Strangely, this is about politics – real politics. The name of the game is that you put forward your ideas to the electorate and invite them to respond, as opposed to telling everybody how wonderful you are and expecting them to vote for you.

For too long, there has been this idea in certain quarters that, "they have to vote for us because there's no alternative". Well, there is an alternative. The luvvies may not like it, but it's a tough old world out there.