Open Letter to the Taxpayers' Alliance 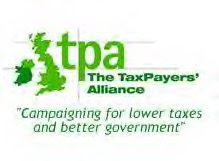 Dear officers and researchers of the Taxpayers' Alliance,

It does not make me at all happy to have to write this letter. I have been a vocal and admiring supporter of your organization since its inception and have even blogged about its work, here and here.

The boss, on the other hand, has attacked you on a number of occasions and accused you of not really understanding the EU and its ramifications. I know you don't like those attacks and I don't blame you. When the boss goes into battle fur flies. I also know that in private conversation many of you say that, of course, you do understand that VAT is an EU tax and campaigning against one bit of it is a waste of time but it is a good thing to get people worked up about one issue so they can progress to others. Somehow the second half of it never happens but that's politics.

So, let's move on to recent developments. A little while ago you announced that together with Global Vision you were intending to raise the issue of "Europe" in the run-up to the elections in June. An admirable thing to do though the first effort of that campaign, another poll that showed most of those asked wanting "a loosening of ties with the EU", was, as the boss explained an example of fudging the issue. To put it bluntly, it ain't on offer.

Changing the terms of our membership requires a re-writing of the treaties and that requires an IGC, which has to reach a unanimous agreement. To reach that we have to offer something in return for that ill-defined looser membership. I doubt if the people asked in that poll know this and I am reasonably sure that they were not told by the pollsters.

Ah but it raises their consciousness (to use a Marxist term). Perhaps, but to use false arguments achieves nothing and puts the cause in jeopardy. If the other side lies and we lie, why should people choose our lies over theirs?

So we come to your latest effort in matters European – campaigning about the CFP. I welcome everyone who joins the anti-CFP campaign. All of us, veterans of the fight, do so. As it happens I couldn't get to your demo outside the European Parliament building in Queen Anne's Gate (why the European Parliament of all the institutions?) but it looked jolly. Maybe I should have gone for the t-shirt – my very old Save Britain's Fish shirt has finally given up the ghost.

You have also produced a report on the sorry state of affairs in the fishing industry, one that was mentioned in various media outlets. I recall previous reports being mentioned in the very same outlets and the same shock-horror tone being adopted. But, actually, I must be wrong. Because this is, according to your blurb, the first full report on the Common Fisheries Policy and the effect it has had on the industry and the state of the fish supply. 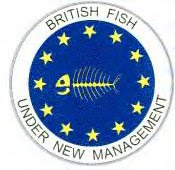 Now this puzzled me. Because I recall doing many research papers and briefings on the subject, some of which included figures; I recall attending a huge rally of fishermen in Central Hall many years ago; taking part in numerous, packed-to-the-rafts fringe meetings at party conferences at which the speakers produced much information and many figures; being a speaker in debates on the subject; reading well grounded and carefully calculated reports by Save Britain's Fish; questions and debates in both Houses of Parliament. Clearly, none of this happened; nobody did any research and nobody managed to produce any figures before. I began to wonder whether I existed at all.

So I spoke to one or two people and was assured that yes, I did exist and yes, all those events did take place. There were research papers and meetings and debates; there was a carefully constructed policy paper by Owen Paterson, which had a good deal of input from the boss and which, unlike your own rather cautious report, actually offered alternative ideas (much debated by fishermen and their organizations); and yes, there was this book called The Great Deception that had a good deal about the CFP in it; and let's not even mention the many articles by Christopher Booker and postings on EUReferendum (far, far too many to link to but is easy enough to do through the search engine and just to whet your appetite, here is one).

I even telephoned Tom Hay the founder and first chairman of the Fishermen's Association Ltd up in Peterhead (where there is no snow). Yes, apparently he exists as well and remains a source of much information on the subject.

The point is not that you produce figures of your own (which seem a little thinly sourced, by the way) or that you give your own account of how the policy developed (which appears to leave certain crucial events out) but that you do not acknowledge those who had done the work before you. Acknowledging other people's work is not only courteous but sensible from your point of view: it looks better if your research can quote other sources.

I cannot help feeling that the campaign to raise awareness of Europe is a way of making the Conservative Party seem to be the real eurosceptic party for the European election in June. That, I suspect, is why you want to "own" the topic while making sure that discussion does not outrun the party's policy. Of course, I may be wrong but the timing, the refusal to refer to anyone before you and the timidity of the actual proposals (as well as the vagueness of the facts) all point in that direction.

It cannot have pleased you that the Boy-King of the Conservative Party decided to bring Ken Clarke back to the front bench (though in a surprisingly lowly position for someone who was once Chancellor of the Exchequer). That move has undercut all attempts to replace UKIP with the Conservative Party as the eurosceptics' preferred choice. 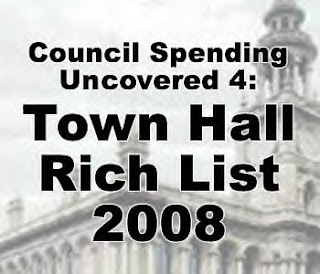 So, here is what I suggest. I shall not call on you to stick with subjects you deal with so supremely well – the public sector in this country, its bloated officials and the waste that goes with it. After all, if you do that, you may avoid Scylla but will hit Charybdis. It will be pointed out to you that a good deal of the expense you talk about is imposed on local councils by the EU and cannot be avoided. That, of course, does not apply to the fat-cat salaries and those non-jobs you write about.

My idea is that you continue the sterling work you have been doing on the public sector. Keep drumming it into people's minds that it is bloated, wasteful and useless; that its employees do not do the work out of the goodness of their hearts but get high salaries and excellent perks at our expense; that high taxes is not the way forward and it is possible to cut them and to cut the bureaucracy that stifles us at the same time.

However, may I humbly suggest that when you get to "European matters" you stop pretending that you own the subject? Look around you. A good deal of work has been done and is being done. Use it and acknowledge it. That is the way forward. We are all happy to answer questions and to give information. But none of us like being told that we do not exist and have never existed.