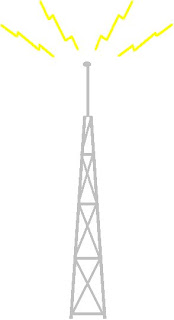 There was always something a bit suss about our provincial government's indecent rush to close down our analogue television services and force many unwilling viewers to invest in new equipment simply for the dubious privilege of watching the same old trash.

Needless to say, there is nothing of the real agenda on the government propaganda site, but the game is given away by a short piece today from Reuters via Forbes.

This tells us that "all European Union member states apart from Poland are on track to complete their switchover from analogue to digital television, a step that will free up radio waves for new pan-EU services, the bloc's executive said on Monday."

They mean, of course, the EU commission, but Reuters has never been able to get its head round that simple phrase and invariably resorts to that formula.

However, we are nevertheless informed that "Twenty-six out of 27 member states are ready to complete the transition to digital by 2012," according to EU commission spokesman Martin Selmayr. He adds, "We hope that Poland, which has not set a date, will be following the other countries of the European Union."

Germany, Finland, Luxembourg, Sweden and the Netherlands have already completed their switchover and digital television is available in 21 EU states. In Poland the final switch-off is 2015 at the latest.

"The digital dividend from this switchover will only be fully achieved if all EU member states move together. We hope Poland can speed up the process," Selmayr concludes. And this "digital dividend" is precisely what? It would appear that the purpose is to "free up radio waves for new pan-EU services".

Already, you will be pleased to learn, "Europeans are enjoying the benefits of digital TV in ever growing numbers," according to EU Telecoms and Media Commissioner Viviane Reding.

But one can now barely wait for the thrill of turning on the wireless and hearing the dulcet tones of a BBC-trained announcer declaring: "Brussels calling!"