A lesson in politics 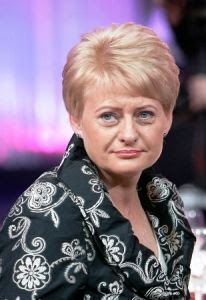 Even with our venal media, I am mildly surprised that it hasn't thought important an interesting little drama being played out in Brussels. Actually, it isn't that little – we are talking about €5 billion. Until "quantative easing" gets fully under way, that's still a little bit more than pocket money.

The bottom line – if one can use such an indelicate phrase – is that the Commission has swiped €5 billion of funds, surplus to the EU budget. The money is currently under-spent, as is not uncommon, so it had decided to spend it on vainglorious projects of its own devising. But it has now been told that such misappropriation of funds is illegal.

Euractiv gives the lowdown, telling us that the legal service of the Council of the European Union – representing, loosely, the member states – has told the EU commission in no uncertain terms that the money is "legally unavailable". That's quite an interesting way of describing theft, but it will do.

The drama started on 28 January when the commission proposed to "reallocate" – i.e., steal the money from the budget, which should otherwise have been returned to member states. It had in mind support for "clean coal" projects, funding a grid for offshore wind farms and the extension of broadband internet connections in rural areas.

José Manuel Barroso put his own personal weight behind the projects, chirping that these would represent a "smart investment" for the EU, helping enterprises out of the recessions. The commission followed up with a statement declaring that: "Energy and broadband networks are both crucial to the future of the EU economy."

Well, the future isn't Orange – at least not for little José Manuel. On the eve of the General Affairs Council scheduled for 23-24 February in Brussels – where approval to this grand larceny was supposed to have been given – the legal services have strutted their stuff.

This is now being talked of in terms of a "blunder", which will not do José’s street cred any good, especially as Council permanent representatives are expressing "surprise" that the commission didn't clear the hurdles before announcing its initiative.

The commission is nevertheless trying to hold the line, claiming that it can "unblock" the money from the so-called "margin" between the 2008 annual budget and the ceiling for the EU's long term 2007-2013 financial framework.

At this point, this begins to look like Enron accounting, especially as the commission is talking about possibility of "retroactively revising the 2008 allocations". Never mind that the EU parliament approved the budget allocations, thus giving it the legal authority to spend the money.

But you just have to love budget commissioner Dalia Grybauskaite (pictured). Without so much of a blush on her pretty little cheeks, she happily tells us that, "this is a political question, not a legal or technical question."

It seems that the unblushing Grybauskaite has definitely got the hang of politics. Before politicians can give money away, they must first steal it from someone else. She has learnt her lesson well.