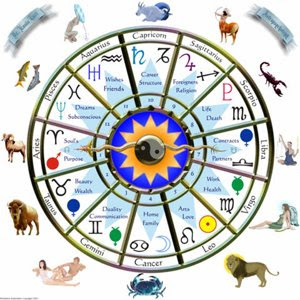 The Register has pulled off a coup, translating the work of a group of key Japanese climate scientists, who are somewhat less than impressed with the work of the IPCC.

Their findings have been published by the Japan Society of Energy and Resources (JSER). Lead author is Kanya Kusano, Program Director and Group Leader for the Earth Simulator at the Japan Agency for Marine-Earth Science & Technology (JAMSTEC).

He focuses on the immaturity of simulation work cited in support of the theory of anthropogenic climate change and, using somewhat undiplomatic language, compares the IPCCs conclusions with ancient astrology.

After listing many faults, and the IPCC's own conclusion that natural causes of climate are poorly understood, Kusano concludes: "[The IPCC's] conclusion that from now on atmospheric temperatures are likely to show a continuous, monotonous increase, should be perceived as an unprovable hypothesis."

Three of the five researchers in the Japanese report disagree with the UN's IPCC view that recent warming is primarily the consequence of man-made industrial emissions of greenhouse gases. Remarkably, we are told, the subtle and nuanced language typical in such reports has been set aside.

Not only does one of the five contributors compares computer climate modelling to ancient astrology, others castigate the paucity of the US ground temperature data set used to support the hypothesis. Furthermore, they declare that the unambiguous warming trend from the mid-part of the 20th Century has ceased.

The report is considered to be an "astonishing rebuke" to international pressure, and a vote of confidence in Japan's native marine and astronomical research.

JSER is the academic society representing scientists from the energy and resource fields, and acts as a government advisory panel. The report appeared last month but has received curiously little attention. So The Register commissioned a translation of the document - the first to appear in the West in any form.

Needless to say, our milkmaids in parliament and elsewhere will studiously ignore these findings. No doubt most of them are too busy in the Commons tea room, studying the dregs of their beverages in order to predict the next increase in their pension plans.