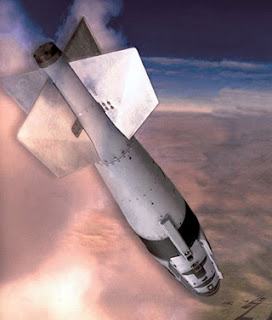 The website publicservice.co.uk, which calls itself "the information portal for the public sector", blandly tells us that: "Galileo to be given military purpose." This is one of the outcomes of the debate in the EU parliament on von Vogau's own initiative report on which we reported earlier. Thus we are told that:

The European Parliament has confirmed that the Galileo satellite system will be made available to the military and security services of EU member states to enhance their communication capabilities.

It also called for member states to adopt standardised communication technologies that can be used for common capabilities for both defence and security purposes. This applied to satellite-based intelligence, surveillance and warning equipment, unmanned air vehicles, helicopters and telecommunication equipment and air and sea transport. The parliament also called for a common technical standard for secure communications.

When you think, going back, how hotly it was denied that Galileo had any military applications. It was a civilian project under civilian control, etc., etc., repeated ad nauseam. And now it just plops out in an obscure journal, natural as you like, as if it was perfectly uncontentious and hardly worth a comment.

However, if we cast our minds back to various statements on this issue, we can recall Adam Ingram who on 19 January 2005 told the House of Commons:

Whatever happened to the Transport Council statement that any decision to alter the civil status of Galileo would have to be agreed unanimously by member states under pillar 2 of the EU treaty? I somehow don't remember any official announcement of a change in status based on a decision by member states.

So it is, another EU project based on a lie, reinforced by our own politicians who so glibly repeat the lies. Galileo always did have military applications and it was always the intention that it should be used to strengthen the ESDP. But, when the lie is admitted, nothing is said, nothing is done. We just go on with our lives, and the "project" marches on, built on its foundation of lies that, in the fullness of time, it cannot even be bothered to conceal.