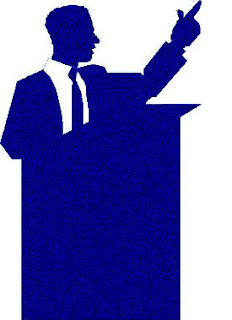 Michael Burleigh writes a good op-ed in The Daily Telegraph today. It happens to be about Afghanistan, but the sentiments expressed could be about anything. Specifically, he observes:

The failure to have a wide-ranging debate about Afghanistan and to reach any mutual conclusions has meant the policy drift of the past six years and the strategic confusion today.

In that context, I have been reading Kipling's poem on the British defeat in the Boer War, called "The Lesson". Its stark lines point to an unpleasant truth. The defeat was caused by military incompetence of the highest order, yet Kipling writes:

It was our fault, and our very great fault, and not the judgement of Heaven.
We made an Army in our own image, on an island nine by seven,
Which faithfully mirrored its makers' ideals, equipment, and mental attitude –
And so we got our lesson: and we ought to accept it with gratitude.

The brutal truth Kipling enunciates is that, in the final analysis, the defeat was our fault – "our" meaning the British nation. He then enjoins his readers that, "… the more we work and the less we talk the better results we shall get".

One has to differ with him there, and revert to Burleigh. Effective action follows in the wake of good policy, and good policy follows debate. Policy is not made in a vacuum. In a democracy, the people are part of that debate. And, in the nature of things, the "custodian" of that debate is the media.

In the final stages of crafting my own book – editing and re-shaping, honing the message and making sure that what I write is what I intend to say (it is interesting how that is not always the case … the words take over and have a life of their own), I explore in detail the role of the media in the Iraqi campaign. Again, the comments could apply more widely and thus I will bore you with a short extract:

As for the reporting of the occupation generally, while some were better than others, from no single source would it have been possible to develop a clear narrative, or to have gained any comprehensive – or any – understanding of what was going on. It is unlikely, therefore, that many journalists themselves had a good understanding of the situation.

But with the British public thus ill-informed, it was deprived of an opportunity to engage in the strategic debate. It could not because there was not one – the options on offer were for the Army to stay in Iraq, take the pain and achieve nothing, or quit. Small wonder that most people opted for the latter.

A "third way" – i.e., winning – was not even considered. In that single sense, the media's failure was every bit as profound as the politicians of which it was so often critical. It failed in its most fundamental task of reporting the news, and its analysis was too often trivial or non-existent.

By contrast, the US media hosted vibrant and very public debates on strategy, tactics and equipment. The discussion on the Iraqi Study Group was intense and the media coverage on equipment paved the way for Robert Gates to set up the MRAP programme.

In popular newspapers and on television there was considerable comment and discussion on the relative merits of different equipment, at a level which would be found in the UK only in specialist magazines, and perhaps not even then. Instead, the media gorged on the mantras. In addition to "underfunding", the legend of "overstretch" was frequently rehearsed.

The trivial superficiality of the modern media compares poorly with earlier eras. When more and better warships were needed to counter the threat from the Imperial German Navy, in 1909 the press took up the cry "we want eight and we can’t wait," demanding eight dreadnoughts.

In 1935, Lord Rothermere campaigned through his newspapers, The Daily Mail and Bristol Evening News, to force the Air Ministry to issue a specification for a modern, high-speed bomber. It was then that he purchased a Bristol Type 142 at a personal cost to himself of £18,500, naming it "Britain First". In a grand public display, he presented the aircraft to the nation for the Air Ministry to use as a test aircraft.

In March 1939, we saw lengthy and learned discussions from Capt Basil Liddell-Hart, engaged in earnest technical debate in the pages of The Times, exploring the merits of conscription and the acute difficulties of training and equipping impressed troops.

Throughout our martial history, the press – and then the "media" as broadcasting was included – had always taken a keen interest in our Armed Forces, and played an important role in ensuring they were adequately equipped.

The modern UK media did not. Yet there was no need for leaked memos or insider information. All it needed was an examination of the equipment the army was fielding, against what it could have had. From that, it could easily have been divined that the Army leadership had "sold the pass".

Equipment is the window which reveals the underlying thinking. But it is also the window into the very soul of an army. The equipment deployed in Iraq provided such a window.

There, the failure of the Army is a matter of record, no matter how the military and the politicians try to spin it. It was visible at the time, when many other things were not. But the media went to sleep. Thus, while it is conscious now of the failure in Iraq, it has no idea why it happened. More to the point, it took little part in trying to make things different.

Looking at the contemporary media on a wide range of issues, one is struck by the venality and the triviality, but one then has to think of what Kipling has to say. Is it our fault? We buy the newspapers, watch the television and listen to the radio. If they serve us with rubbish, that is because it is either what we want, or what we are prepared to tolerate. If it were different, these outlets would not survive.

However, saying and doing are two different things. We can all complain, but does it make any difference? What price debate when parliament is on holiday again and, even if it wasn't, no one would take any notice of it? But if it is down to us, we the people have to force the debate. If it is our fault for doing nothing, then we know how to remedy that. If we don't remedy it, then it really is our fault.