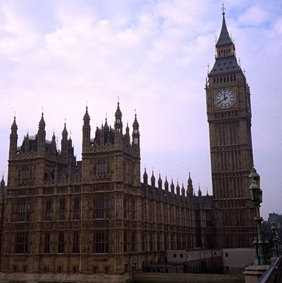 We frequently rail at Parliament's loss of power to the EU, but it is still the case that MPs have a great deal of power to hold to government to account in areas outside the competence of the EU – and they have a responsibility so to do. That is what we pay them for.

Now, do not be put off by the subject matter – which happens to be about "toys". Look at the evidential trail and then ask yourself if the MPs concerned are doing their jobs. Let me give you bullet points:


That brings us to the current state of play. The people who are supposed to sort all this out, bring the Government to account and make sure that this sort of debacle is not repeated, are the MPs. Specifically, they are the MPs on the all-party Defence select committee.

Sure enough, our fine – and handsomely remunerated – MPs got down to work. On 16 December of last year, they called in for questioning the minister responsible for procurement, Mr Quentin Davies, two generals, General Sir Kevin O'Donoghue KCB, CBE and Lieutenant General Andrew Figgures CBE, and a senior civil servant by the name of Amyas Morse.

The MPs’ inquiry is about "defence equipment" and Vehicle A is on the agenda. We can now reveal its identity – it is the Pinzgauer Vector. Vehicle B is, of course, the Snatch Land Rover. Now, imagine you're an MP on the committee. What would you ask these "stars"?

Well … let's look at what "they" did ask. Actually, only one MP – the chairman, Mr James Arbuthnot - asked any questions … er … one question. This is what happened:

Q372 Chairman: Okay…Vector: is Vector unable to take the weight? Is it unable to operate on rough terrain? Does it keep breaking its axle?

Lieutenant General Figgures: I will pick that up if I may. Vector was introduced as you know, as an urgent operational requirement. Yes, we have had some problems with it, yes it is a combination of all up weight, cross-country performance and, like many of these things, you do not get a perfect solution, and so that is why we are constantly looking ahead in terms of protected patrol mobility and the utility vehicles necessary to support it to see what other options there are. Some of these solutions have not been perfect.

General Sir Kevin O'Donoghue: You produce a solution for the requirement of the time; the requirement changes as the threat changes, as the security architecture changes and you need to produce something else. Quite rightly, Chairman, there is only so much weight you can put on a particular chassis and when you reach that weight limit you either have to have something bigger and more powerful or you have to have a different form of protection, which it would be inappropriate to go into, but things change.

And that's it, folks. That's all you get. End of inquiry on the Vector.

Yesterday, we learned of another three soldiers being killed, the direct result of inadequate protection, protection that could have been provided if the MoD and the Army had done their jobs. They were in a different vehicle, but one which Vehicle A could also have replaced, had the right one been chosen.

Nevertheless, you will be encouraged to learn that Commander Paula Rowe, spokeswoman for the British taskforce, said of the three killed:

We will all feel the loss of these brave soldiers, whose role was to build the capacity of the Afghan national army. But it is their family, friends and loved ones, as well as the men and women who served alongside them, who feel the greatest pain and we offer them our deepest and heartfelt condolences, thoughts and prayers.

Personally, sooner than condolences, I would have preferred meaningful assurances that every effort was going to be made to prevent more soldiers being killed the same way. But then, it is the job of our MPs to get those assurances. Do you think they did their jobs well? Are they worth the money they get paid?

And do you ever wonder why I get a little angry sometimes?