It's official - the law is different for them 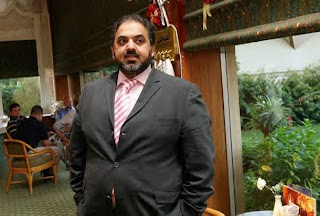 Two recent cases of fatal accidents in which the perpetrator had been sending and receiving texts prior to crashing into a stationary car and killing its driver have come to notice. One was that of the waitress, Philippa Curtis who killed Victoria McBryde on the A40 near Wheatley in Oxfordshire. She was given 21 months in prison and was banned from driving for three years.

The judge used suitably tough language even though Ms Curtis sounded shattered by her experience (as well she might be):

Judge Julian Hall said it had been "folly and madness" to use a phone while driving and it had been "disastrous" for Curtis, Ms McBryde and her family.

Ms McBryde's family are campaigning for tougher penalties for people who use mobile phones particularly to send and receive text messages (try doing that while keeping your eye on the road).

Let's not get overexcited. The second case concerns that pillar of the Establishment, Lord Ahmed, last heard of strenuously trying to prevent the Dutch politician Geert Wilders from making his case in the House of Lords and succeeding with the help of our own special idiot of a Home Secretary.

Incidentally, Lord Ahmed sees nothing wrong with him inviting controversial speakers to the House, as David Pryce-Jones points out on his blog.

Two years ago, Lord Ahmed invited Mahmoud Abu Rideh, a Palestinian previously detained on suspicion of fundraising for groups associated with al-Qaeda, into the House of Lords. It was his parliamentary duty, he told critics, to listen to what Abu Rideh had to say.

He has also hosted a book launch for a well-known anti-Semitic writer, Israel Shamir also known as Jöran Jermas. But freedom of speech goes only so far with the noble peer and in this he seems to be supported by those brave souls in the Home Office.

However, the latest news is that Lord Ahmed has finally been sentenced for his dangerous driving during which he sent and received text messages and at the end of which he killed a man. Precisely the same sort of behaviour that earned Ms Curtis 21 months in prison.

So, if a barmaid gets 21 months and a three-year driving ban, a peer of the realm who is much in the public eye and ought to be an example to many people, not least Muslim young men, gets ... 12 weeks.

Well, you see, he had finished texting a little while before the accident, though, as the judge pointed out, he had actually been conducting a long conversation with a journalist via his mobile phone's texting facility (or possibly his Blackberry but that hardly matters). And anyway the chap who was killed had been drinking. Well, yes, the vehicle was stationary but ... ah well, you know, these things do happen and we can't have the first Muslim peer going to gaol for a long time and possibly losing his peerage.

Actually, he is not going to prison for even that long as he will serve half the sentence on licence. Well, one wouldn't want to inconvenience his lordship too much, would one. He has also been banned from driving for a year and ordered to pay £500 of prosecution costs. His solicitor seems to think this is all a terrible injustice.

Outside court Lord Ahmed's solicitor, Steve Smith, said he thought his client had been used as a "scapegoat" by those attempting to drive home the message about not using a mobile phone while at the wheel.

He said he was launching an immediate appeal against the sentence.

He said: "I've been with him. He's very philosophical. He's approaching it with great dignity."

Goodness, I am so glad that he is exhibiting great dignity in the face of the terrible injustice of a six-week gaol sentence for killing a man through careless and dangerous driving.