Guardians of our freedom 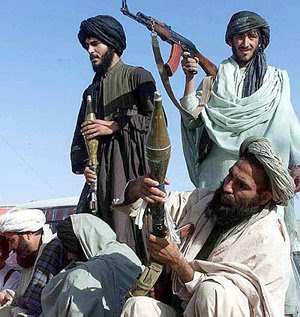 Our man in Brussels, namely Bruno Waterfield, is hot on the trail of the latest in the long saga of the euroweenies' attempts to create a European Army.

The latest plan, he writes - which has "influential support in Germany and France" – is to set up "Synchronised Armed Forces Europe", or SAFE. This, he tells us, is a first step towards a true European military force.

It isn't the first step, of course – the "colleagues" have been trying for decades - but this certainly is another step down the road towards European military integration, giving teeth to the European Security and Defence Policy (ESDP).

What brings it to the forefront is an "own initiative" report going in front of the EU parliament today, authored by one of our favourite "stage" Germans, MEP Karl von Wogau – a doyen of the European defence establishment. He has been at the forefront of the EU defence agenda for many years, one of his earlier reports setting out the objectives very clearly indeed.

In opposing – or even trying to understand – what is happening though, there is a conceptual problem. A "European Army" as such does not involve serried ranks of soldiers all done up with white gloves, tasteful cravats and blue berets adorned with the ring of stars. It is much more subtle than that, and our Karl is right in there, making it happen.

The key word is "inter-operability", a concept we've been writing about for ages, going right back. This is in the frame with von Wogau's current report. He is looking for a "dynamic to further development of co-operation between national armed forces so that they become increasingly synchronised". For "synchronised", read "inter-operable".

For modern armies to fight together, they must have common structures, command and control systems, equipment, doctrines and much else. If these are too different, disparate national armies on the same battlefield are simply a disorganised rabble – even worse than at present. However, the crucial point is that, if the armies of the EU member states are properly "synchronised", this makes them a single army in all but name. The don't need to wear the "ring of stars" or blue cravats.

Further to the point, since the level of commonality will be unique to those formations, they will not be able to fight with anyone else … like the United States. "SAFE", therefore, is a powerful weapon of integration.

Von Wogau makes absolutely no attempt to hide his agenda – in that, at least, he is honest. He points out in his report before the EU parliament today that the EU "needs to develop its strategic autonomy through a strong and effective foreign, security and defence policy. "This is needed," he says, "in order to promote peace and international security, to defend its interests in the world, to protect the security of its own citizens …".

This, in a nutshell, sums up all that is objectionable about the "project". The ESDP is needed to promote the EU's interests and protect the security of "its own citizens". This is the supranationalist agenda writ large, completely submerging the interests of nations, yet using their resources to do so.

The core of the "SAFE" idea definitely promotes that agenda, suggesting a "European statute for soldiers" which would govern "training standards, operational doctrine and freedom of operational action." It would encompass issues relating to "duties and rights, "as well as "the level of equipment quality, medical care and social security arrangements in the event of death, injury or incapacity."

Crucially, "SAFE" also embodies the principle of "a Europe-wide division of labour in military capabilities." That would mean, to take an extreme example, one country would supply the infantry, another the tanks, yet another the artillery, one other the communications systems, while others would provide the logistics, catering and the medical services. Command and control would, of course, be provided by the EU.

That actually encapsulates the principle of "interdependence", one which has applied for decades to the EU's industrial policy. Applied to the ESDP, it would mean that no single member state would have autonomous armed forces, capable of acting independently – which is exactly what the "colleagues" have in mind.

The actual plan, as you might expect, is a lot more devious. They are talking about sharing military intelligence gathering, common communications systems, shared (i.e., EU managed) satellites - including Galileo, which is freely quoted as a model - all key elements without which modern armies can't operate.

The "European Army" thus becomes a group of nationally-funded formations each so deficient in one or more key capabilities that they can only operate when they come together as a whole, under the EU umbrella. It's not what each army has, so much as what it doesn't have - not what they can do but what they can't do.

And then the individual national components are so heavily "synchronised" that they can only work with each other, and not anyone else - back to inter-operability again. They can fight within Nato, but separately, but only as part of a European component - alongside but not with US or Canadian forces. The idea of Nato forces being "synchronised" goes out the window.

Although this issue is emerging just now with von Wogau's report, it was actually rehearsed in much more detail late last year by that other "stage Hun", Hans-Gert Pöttering.

Speaking at the "Seventh Congress on European Security and Defence" in Berlin in November, he went well beyond the idea of "closer co-operation between autonomous national armies" and identified precisely the issues we have highlighted: "quantum improvements in the areas of joint command structures, equipment and operations."

To achieve these aims, says Pöttering, "we need a link between the current situation, characterised by armed forces which are partly interoperable, but still organised on a purely national basis, and the distant objective of a European Army."

Note those words carefully: a link between the "current situation" and "the distant objective of a European Army". That link, Pöttering tells us, is "SAFE". Not least, "it has positive associations and is easy to remember". Thus, he asserts, it "can help us move the work of developing integrated European structures forward."

One cunning little plot to move that agenda "forward" is an agreement between the Netherlands and German armed forces which now allow their reservists to fulfil their duties in the other country's army. The Belgian armed forces are already open to soldiers from all the EU Member States and thus "stand as a model for all 27 armies in Europe."

That is the eventual aim, whereby "European citizens" will be able to join the armed forces of any member state, as of right. Since an oath of loyalty to any one state would be a barrier to entry, that would have to go. National military regulations would be replaced with the "European soldiers' statute".

Another jolly little scam is to expand the "institutional exchange programme for professional soldiers". Known as Erasmus-Militaire, this would increase the number of exchanges between member state armed forces, thus giving the process "an entirely new dimension". Before too long, any ambitious officer will learn that he has no prospects of promotion until he has been on his euro-exchange posting to acquire his programming.

None of this will be compulsory in the first instance. Von Wogau and Pöttering both are talking about voluntary "opt-ins". This allows countries like the UK to deny they are participating while, all the time, gradually implementing provisions.

One thing you can see happening, for instance, is the "European soldiers' statute" surreptitiously being absorbed into Queen's Regulations. They will keep their name but will be gradually emptied of unique national content and "synchronised" with the European model. That is the way our provincial government does things.

Bruno Waterfield cites Geoffrey Van Orden, who opines on the whole idea. He complains that British ministers are "in denial". They are, he says, "sleepwalking towards a European army and seem to have little awareness of what is going on."

That isn't exactly what is happening. In the Brown government, there is actually little enthusiasm for Euro-militarism. But within the MoD and elsewhere there is a caucus of strong Europhiles. They are forever pushing at the boundaries. Every now and again, they are thrown a chunk of meat to keep them quiet. The trouble is, they devour it and come back for more.

Some – but by no means all – of this agenda will find its way into the British defence system and lodge like a virus, ready to break out when the time is right. The strongest antidote is Afghanistan – where our close operational relationship with US forces means that we have to be more "synchronised" with the Americans than the euroweenies.

After all, it was Afghanistan campaign that did for the British contribution to the ERRF. End the campaign in Afghanistan and there is nothing to stop the euroweenies running amok.

By that measure - as long as we are fighting them alongside the Americans - that makes the Taleban the best guardians of our freedom – of which our independent armed forces are a central part. That is a very sobering thought.