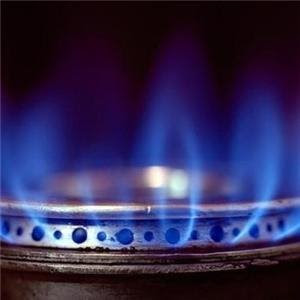 We wrote about the possibility of a gas shortage in a piece in early January, suggesting that the danger period was early Spring. No one took a blind bit of notice, of course – we are, after all, only a blog, and a particularly irritating one at that.

However, now The Independent on Sunday has picked up the theme and, since that is a corner of the revered and all-seeing MSM, then there must be something in it.

Filtered through what is perceived to be of the greatest interest, we are thus told of a "Threat of gas price rise as reserves run dry," with the information that pipeline breakdowns and cold weather are leaving a yawning breach in nation's energy security. The problem period, as we predicted in our piece (pat – pat), is next month as "vital gas reserves" are set to run dry.

The source of this information is Centrica, owner of British Gas, which says that, on present trends, its main reserve will be totally depleted in a little over three weeks. And though extra gas can be imported from Norway and the Netherlands to make up any shortfall, serious breakdowns have hit pipelines from both countries in the past week.

Thus we are told that the crisis reveals an extraordinary failure to plan for the future as supplies of gas from the North Sea have run down, turning Britain into an importer of the fuel. Though now dependent on overseas supplies, it keeps only about a quarter as much gas in reserves as France, Germany and Italy, making it uniquely vulnerable to shortages and price hikes.

As we have observed, though, this is only half the story. The underlying problem is the excessive reliance on gas for electricity generation, a problem that is set to get considerably worse as generators build new gas-generation capacity to fill the gap caused by the lack of a coherent energy policy and the insane emphasis on renewables.

The scale of the current problem though is quite daunting. Three-quarters of the country's reserves are stored by Centrica in an old North Sea gas field, called Rough, some 9,000ft below the seabed off the East Yorkshire coast.

This year – thanks largely to global warming the cold weather – its gas has been pumped at record rates. It is now 24 percent lower than at this time last year, and 49 percent less than the year before. Everything depends on the weather and the Met Office expects the cold back by the beginning of March. On past form, that means we should be alright, but you never know. The Met Office could break the habit of a lifetime and get it right.

Needless to say, the National Grid is saying: "We are not really seeing anything to cause us concern", which suggests we really do have a problem. This organisation would tell us things were fine when we were "doing a Thatcher" and cleaning our teeth in the dark.

Whatever happens this Spring, though, at its worst it will only be a taster. This is a long-term problem which the government is not addressing and the opposition doesn't realise exists. However, on reflection, it could be even worse. The government could be doing something about it.

On the basis of its current track record, then we really would be in trouble.