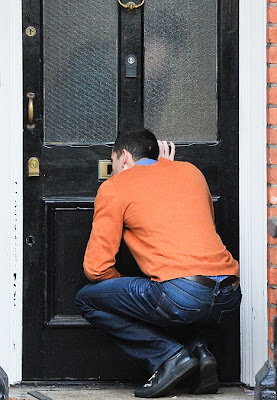 The Daily Mail tells us a story about an Englishman's home being his castle, or so the saying goes.

The father-of-two was having the property renovated for his wife and two young daughters before they moved in when a dozen people from France, Spain, Poland and England sneaked in during the night. The occupants are part of a growing army of squatters banding together and seeking out empty homes.

And now we come to the money quote. The group occupying Mr Hamilton Brown's home qualified for legal aid because they are EU citizens and unemployed.

Sometimes words are not enough. But for the moment, they are all we have got. We can only record, therefore, that this is what happens when you break down national barriers and lose control over making your own laws. If these people were not given legal aid, they could sue for compensation under EU law.

You will not get many saying this in the media, but it exemplifies why we must leave the EU. The other day, talking to the MP person as I was, I suggested that if this sort of thing continued (I gave different examples), we (generic – not necessarily EU Ref readers) would eventually start killing people.

He did not turn a hair. A few years back, I would have politely been shown the door. They know ... we know. This cannot continue.