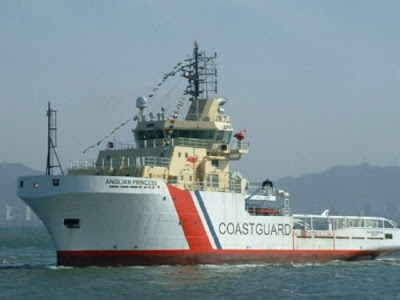 I could understand the Nimrod decision. The aircraft had been condemned as not airworthy, and there was a case to be made that we were throwing good money after bad. However, the capability represented by the Nimrods is still needed – especially maritime co-ordination in the event of a major incident. We need a replacement.

We also need emergency tugs, and for £12 million a year we have four, covering the whole of the UK on contract to the Coastguards, ready to pull ships out of danger before a crisis becomes a disaster. One was called to recently to help HMS Astute on its way after its Captain became too attached to the seabed.

But now, we learn, ministers have decided to cancel the contract for the tugs, from September onwards, to save money. Alongside plans to withdraw Nimrod rescue aircraft, and also, it will be recalled, to close coastguard stations, this is dangerously depleting our ability to deal with coastal and maritime emergencies.

Add to this, the abortive plan to privatise the helicopter air-sea rescue service – which also bodes no good – we now have the added spectre of a serious lack of RAF pilots, as the government insists on sacking a quarter of the current intake, wasting the £300million already paid for training them - plus the cost of redundancies.

As regards the tug contract, Mike Penning, the Cleggeron shipping minister dead-bats complaints, saying he understood the concern felt by coastal communities. "But if we are to tackle the deficit then difficult decisions must be made."  This is a chilling response.

The current rash of so-called decisions seem more like cop-outs . To junk expenditure on climate change – such as abandoning the £360 million on the FIT for solar ... now that would be a decision. Dumping the EU and its £12 billion or so annual subscription fee, would be an excellent decision. Even ditching our £9 billion aid programme, with its £1.2 billion to help out India's space programme, would also be a happy way of helping the books balance.

We get the impression though that this administration is not so much throwing the baby out with the bathwater as ditching the baby and keeping the cold, dirty bathwater. This is not sensible government – these people, increasingly, are sad, bad and very dangerous.