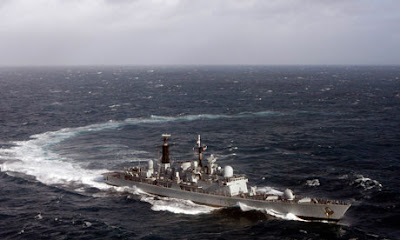 Britain is to abandon its warship patrols of the Caribbean for the first time since the second world war because of the navy's funding crisis, The Guardian tells us. The withdrawal means the navy will no longer provide a warship for anti-narcotic operations in the region, and will have to reduce its role in disaster relief work.

I bet there are an awful lot of people who were cursing Brown over his "meanness" on defence spending, and went rushing to the polls to vote Tory in order to get a better deal for the Forces, are now beginning to wonder why they bothered. Euroslime Dave looks set to abolish the military completely.