The death of satire 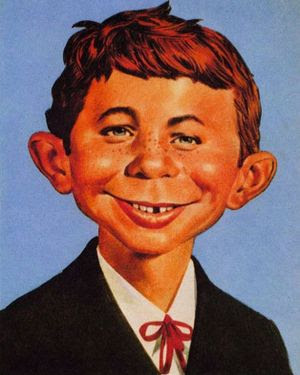 A state of near panic grips the power behind EU Referendum as the deadline beckons for the latest book and I realise how much more work there is to do. Measuring work rate over the last couple of weeks, and applying that to the reminder, the task is not going to be finished unless speed is dramatically increased. Hence the low rate of blogging yesterday.

But there is also a sense of the surreal, as I look at the newspapers and other sources of news. I wonder whether much of what I am reading is real, or one vast practical joke, as if 1 April has been extended indefinitely. In this topsy-turvy world, one supposes that there will be one day a year – or half-day – when the stories are true, and we are not being taken for fools. Will they call it "April non-fool's day" or will someone come up with a better title?

That we are descending into the abyss is evidenced by this particular story, although there are many more. This one tells us, the author no doubt keeping an absolutely straight face, that "the only way for the UK renewable energy market to grow to a respectable size comparable with Germany is for it to have the full support of the incumbent government".

We are then told that the fact that large-scale solar PV farms are beginning to appear in the English countryside should be celebrated as a success of the government's Feed in Tariffs (FIT) policy. And then we hear the lament that the scheme is being portrayed as an enemy to microgeneration, with little regard for the fact that large-scale solar PV helps companies to achieve lower costs that can then be passed on to domestic installations.

Here, the opening premise is so barking mad that I have difficulty dealing with it. In fact, I am not sure that I can. Had this appeared on 1 April, I would have smiled knowingly and said to myself, "nice try" – but so obvious that the joke was too transparent to be funny. But this writer is serious – either that, or I've been in a coma for fifty days and no one thought to tell me. That actually could be more plausible than some of the stuff I am reading.

The point, of course is that, as we wrote the day before yesterday, just as German is pulling out of solar subsidies as fast as she can, we have this commentator, with an IQ that is probably lower than the figure on my fridge thermometer, holding Germany up as the shining beacon which we should be striving to emulate.

But it isn't only solar which is having the same effect on writers' brains as would sticking their heads in buckets of liquid nitrogen. There is also the question of wind. Now, you've all heard the term, "soldier's soldier", usually spoken with approval of some wandering brown job. Well, this is the "moron's moron" speaking, Charles Hendry (pictured), to whom the task of differentiating the orifice positioned between the gluteus maximus and the ginglymus would be one of Herculean proportions.

This is the man – if it really is a human being, which is open to debate – that has told MPs that governments have spent £2.2 billion supporting wind power over eight years. Yet with that experience he finds it impossible to predict when windmills will prove profitable without grants.

Here, the one word "never" should be simple enough even for this mental midget to understand, a creature to whom the status of "retard" is a hopelessly unattainable objective. And, if "never" is the answer, then the whole policy falls apart, as the unfortunates who pay the burgeoning electricity bills will be quick to attest.

Despite this, we have in Mr Hendry, the supporter of a notion that we should pay for the erection of up to 20,000 more windmills – as well as putting millions of electric cars on the roads. Extracting sunbeams from cucumbers would make more sense, and would have the added merit of being less visually intrusive.

This now is the land where satire, and especially political satire, is dead. We have bred a whole new generation of self-satirising politicians, a group for whom no endeavour is so wild, or so utterly mad that they could not embrace it as their most dearly-held aspiration. Swift, thou shouldest live now ... if only for you to discover that there are limits to your creative genius, which have long been exceeded.