Giving in to your rational side 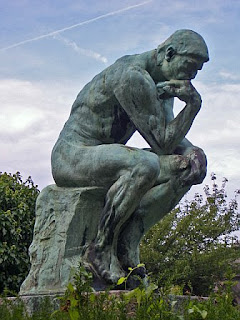 Having been royally stuffed by the EU, one wonders what the Irish must be thinking today when they read their newspapers to find that the EU Brusslime have initiated a second legal action against them over the failure of their government to adopt a farming environmental directive.

Shylock and his pound of flesh come to mind when one then learns that the Euroslime are going to ask the ECJ to fine Ireland (i.e., Irish taxpayers) at least €3.27 million for breaching an earlier ruling.

A spokesman for environment commissioner Janez Potocnik says Ireland's proposals to meet its obligations "didn't meet the requirements of the directive" on the protection of the countryside heritage. "Two years after the judgment, Ireland has still not adopted legislation to address the issue."

Confronted with this, the irrational side starts fantasising about rolling up these "obligations" and stuffing them somewhere extremely painful about the person of Janez Potocnik. One wonders how much more these people think we will take before the irrational become the norm.

But then we see this drivel and you know that a different type of irrationality has taken over. Only someone in the deeper realms of fantasy could begin to believe that Euroslime Dave will in any way "end this subservience to Europe". He is one of them ... Dave is part of "Europe".

And this is where the simplistic view of "Europe" – the UKIP "little Englander" view of the EU (shared by the Mail tendency) - goes so badly wrong. The EU is a system of government, shared by the élites of Europe. Dave is part of it, and the reason he and his cronies – and any government in power – like it so much is that it provides mechanisms for short-cutting democracy and by-passing the people.

Thus, the battle is not between "plucky little Britain" and the big, bad Euroslime in Brussels. It is what it has always been, the constant, unending battle between us and them. Our Dave, and the media in general, is very good at confusing that issue. Like the pickpocket in the crowd who makes good an escape by shouting "stop thief!", he creates disturbances and slithers away when attention is elsewhere.

So, the irrational is good ... there is no harm in spending an idle few moments fantasising about the yelps of pain (or, preferably, long drawn-out screams) emanating from Janez Potocnik. But then the real work has to be done. Part of that is to understand the enemy – something too many people on "our" side of the argument seem loathe to do. They seem to think that just because we are the good guys and they are the villains, we will necessarily prevail.

But, as the joke goes, the little girl asks daddy whether all fairy tales start with "once upon a time" and he says, "no, some of them start 'when I get elected'". Well, the fairy tale got elected, and turns to nightmare. We have to turn that into their nightmare, not ours. And this is not the way. That's what happens when we fail. We need our rational side as well.