She don't get it 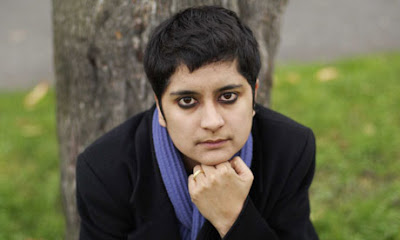 The Grand Old Duke of York marched us up to the top of the hill, and marched us down again. That's Euroslime Dave for you. Having raised a faux campaign in order to give the impression he was doing something about the ECHR, he is actually doing nothing at all.

Now he has taken us to the pinnacle of nothingness, though, he can't even be bothered to lead us back down again. That has been delegated to his good and filthful servant, Kenneth Clarke. It is he who thus tells us that Britain will seek to kick-start reform of the Convention – which wasn't what was promised - just as Lord Woolf says there's "very little chance" of change, because it would mean persuading 47 countries who are all signed up to the Convention".

As we knew all along, Dave is full of BS. Absolutely nothing is going to happen.

But what is really terrifying is Shami Chakrabarti, director of Liberty. This madam really doesn't get parliamentary democracy. "We have a Bill of Rights in this country: it's called the Human Rights Act and is thoroughly British, European and universal in its values," she says:


It protects all of us from the whims of politicians and when the current frenzy of misinformation has died down, voters will worry about MPs who seek to put themselves above the law.

Somebody ought to lead this little Shami gently by the nose and tell it that, in a parliamentary democracy, it is Parliament that matters. Parliament is sovereign, but it is not above the law. Parliament is the law. Which is, of course, why the "colleagues" are doing their best to destroy it.