They can't jail us all 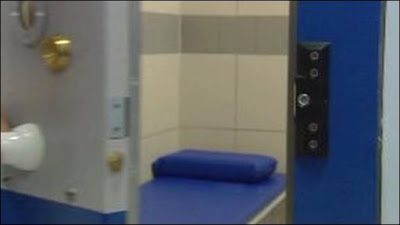 The Matt cartoon has its man calling on people to take to the streets for a Day of Apathy. This is about voting reform. Matt, as so often, has captured the mood – more so that the phalanx of political commentators and reporters that the Failygraph employs. Another panegyric from the oleaginous Oborne about Euroslime Dave and murder will be done.

But, I suspect, it is not apathy that keeps us off the streets but powerlessness, the inability to get at people like this and rip their throats out.

No matter how much Phil Dolan, 54, thinks that he deserved £569,000 of taxpayers' money in salary, pension and redundancy payments after leaving his post as chief executive of South Somerset district council – and he clearly thinks he is "worth it" – no local authority official, ever, should be paid this much.

That he is now acting as a consultant for other local authorities, and that there are two other executives at South Somerset district council who also benefited from the extraordinary system of payments is just adding insult to injury.

These people, I suspect, are so out of touch that they do not realise how much they are hated. Or how much the system they represent is hated. And, as services are cut back to pay for this larceny, and the officials come round with their hands out for still more money, the murmur of rebellion grows. If a few people refused to pay – as I do every year until they send in the bailiffs – they just pick us off, one by one.

But, as they throw thieves and murders out of prison to make room for the next batch of refuseniks, they may find this year there is not enough room for all of us. And what will they do then?