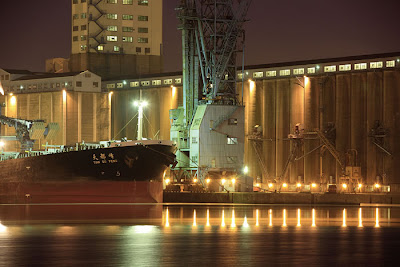 Despite Mubarak having resigned and handed over to the Army, and now reported having left the capital and travelled to his residence in the Red Sea resort of Sharm El-Sheik, the Egyptian situation is still only an echo of the 2008 food riots.

And reported by Bloomberg today is another such echo. The EU is considering taking emergency action on feed grains and sugar, to hold down surging prices and ease shortages. Its initial plan is to suspend some cereal-import duties and take administrative measure on sugar stocks which will also ease the supply situation. This is exactly what was happening in 2008, although then the Commission went further by also reducing set-aside requirements releasing more land to food production.

What is spooking the EU is that food prices rose to a record in January, with grains up 44 percent in the past year and sugar 12 percent higher, setting a new record. Thus, the Commission hopes to suck imports into the EU-27 area, a stratagem it hopes will help stabilise prices.

This is very much a beggar-your-neighbour policy, as it has prevented developing countries accessing the lucrative European market in the good times, while now threatening to suck supplies from those same markets. Since European prices in the protected market are in many instances higher than world price, the net effect may be to add to upwards pressures on the global market.

As always though, the EU commission is focused inwards, concerned only with reducing tensions on the European markets. The boarder policy issues of no immediate concern to it. It special concern is the European pig industry, where the meat market is "struggling".

Similarly, sugar users "are desperate for cheaper sugar" and want extra volume to stop the market from overheating. EU sugar stocks for food use in the domestic market may tumble to a "historical low". The overall situation has, of course, been developing from some time and, as in 2008, is not helped by the push for biofuels here, in the United States and elsewhere, to meet mandatory renewables quotas. Not for the first time, major policies are in conflict.

What is for sure though, is that food mountains are distant memories and are likely to remain so. What will not change is the EU's inept production and stock management system, which seems to be able to square the magic circle of impoverishing farmers while ensuring that there are shortages of key supplies while prices are getting higher.

And, as any economist will tell you, it takes real genius to do that - a level of genius that, despite the jubilation in Egypt, is going to make sure things do not get much better there. What we are seeing is merely the froth.