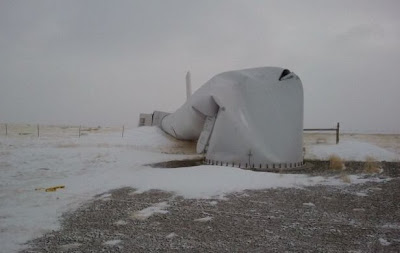 I'm on a writing jag at the moment, powering ahead with the third chapter of the Battle of Britain book half-written. It requires bursts of total concentration, when you temporarily inhabit a completely different world. Coming out of that, into the present and looking at the news, you are brought back with a jolt, wondering which one of the worlds you are inhabiting is the real one.

Can it really be true, you wonder, that the administration spent £1.85 million from its foreign aid budget to help pay for the pope's state visit last year? I think we did know that, actually. The news comes out of a parliamentary select committee and you don't really expect those little dears to be on the ball.

But if this is fantasy land, what price the report in The Independent which is telling us that Europe nations must bridge a €2.2trillion (£1.9trn) "carbon capital chasm" if they are to meet 2020 carbon emissions reduction targets? This is supposed to be about two percent of Europe's total GDP, but it would almost certainly only be the down payment if the greenies had their way.

That, of course, is why we take global warming so seriously on this blog. The greenie push for subjugation to their Gods represents a real and present danger, an existential threat - i.e., one to our very way of life. Over lesser issues, nations have gone to war, and we in our own way are fighting a war. The travails over the Booker comments might seem like jolly japes, but the fight for their domination is part of that overall battle which could determine our very survival.

One does begin to wonder, though, whether we deserve to survive, to judge by this story in the Daily Express today. It tells us of "disturbing figures" released yesterday showed UK windfarms last year operated at only 24 percent of their capacity. And during the bitter pre-Christmas period the figure, we are told, "fell as low as 5.8 percent efficiency" because there was so little wind.

There is nothing basically wrong with the story, except that if that represents the level of knowledge of the newspaper, to the extent that it thinks this is news – even Loupy Loo having done it for the Daily Failygraph - then we are so far behind the curve that we will be meeting it coming the other way.

One also cringes at the terminology. We are not talking about 5.8 percent "efficiency" here, but load factor, which is an altogether different thing. You do expect hacks to get these things right. They are not complicated. The sloppiness here is bad journalism and makes the writers look incompetent.

And, by the way, there were times when output fell notionally to zero, which would have added an extra dimension to the story, especially as in all probability the wind turbines were actually drawing current off the grid, to keep the blades rotating and de-iced.

However, the story gives me the opportunity to use the pic. I think it is stolen from WUWT, although I'm not sure, as one of my readers sent it to me via e-mail and I'm too tired to check. (Turns out it was on WUWT ... details here - an interesting story ... it's a dodgy old business this subsidy farming.)

A lot of people, even Mrs EU Referendum herself I sometimes suspect, don't realise how exhausting writing is. They see you sitting down in a comfy chair, in a warm room with a cup of coffee, tapping away at the laptop and it must look so cushty. But after a day at the keyboard, I sometimes feel more tired than after a full day of strenuous physical work.

However, the idea of collapsing bird choppers is enough to sustain me, long enough to get this piece finished and fall into bed. Another day, and other battles will shortly beckon. Even then, I have this waking nightmare that Euroslime Dave has appointed as his new publicity chief the former head of BBC global news. This can't be true ... that would be another existential threat, and we can only take one of those at a time.