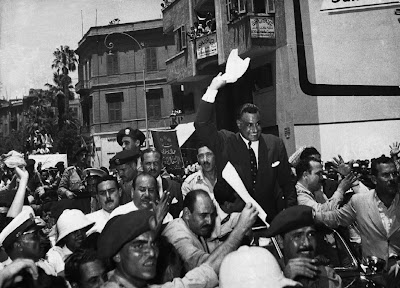 I have been exceedingly reluctant to write about Egypt, even though the subject is one that naturally falls within the remit of this blog – the very simple reason being that I do not have enough information to understand what is going on there, and therefore have very little to add to the torrent of news (and misinformation) pouring out of the region.

It was more than a little interesting, therefore, to see the headline from CNN, which proclaims that Egypt is: "a 'heartwrenching' and 'complex' diplomacy issue for US". Never truer words have been spoken, particularly the "complex" bit.

The one thing of which I am absolutely certain of this issue is that we have very little idea of what is really going on. Much of what we are told is wrong or misleading. I was thus minded to revisit my own writing in April 2008, when we last saw tumultuous rioting in Egypt. Then, I found that I wrote:


Diving in to a subject when blessed with supreme ignorance is very easy and rewarding. Fortified with indignation and innate prejudice, one can so easily come up with solutions that all the other idiots – the so-called "experts" – have missed, and then rail at their inability to see the obvious. That is something to which this blogger is particularly prone ...

Thus diving in, my suspicion is that what we are seeing now is the unfinished business, left over from 2008, when all the conditions which then so nearly led to a revolution still pertain, only more so. Whatever the proximate causes of the unrest – then it was put down to food shortages – the real causes are the underlying stresses in this troubled country. But these were manifest in the 1952 revolution which brought in Col. Nasser (pictured), and still have to be resolved.

In 1967 and again in 1972, Egypt sought to divert and entertain its peoples by focusing hatred on Israel, and embarking on a series of adventures, in the former event under the banner of pan-Arab unity. Since then, of course, with much water passing under the bridge, the country has internalised. This started happening when the 1979 peace deal was brokered with Israel, and the country was forced to confront its own problems. But, more than 30 years later, it has not even begun to solve them.

What very few people understand is the extent to which the peace deal was bought and sustained by US dollars. Egypt was then and still is kept afloat by US aid. This is what I pointed out in my 2008 article. But in the manner of things, a Band-Aid on a suppurating sore serves only to conceal the decay, without in any way offering a remedy. Now, as the sore erupts, the aid bandage can no longer contain it.

At the heart of the current violence, then, is probably exactly the same things that were at the heart of the violence in 2008, when I was writing this piece, of which I am still quite proud (if one is allowed such base emotions as pride, these days).

Thus we will see the children of the '52 revolution devouring themselves - the inevitable and predictable consequence of decades of missed opportunity and adventurism. That brings in the "heartwrenching" – which indeed it is. The tragedy has yet to play itself out.