Yes, the City of London is beginning to suffer 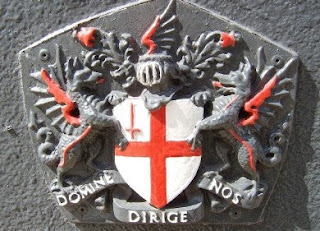 When the City suffers the rest of the country will suffer, as well. Those much derided bankers, traders and hedge fund managers bring in a lot of money. And they do not like what is coming from the British government and, especially, the European Union.

The Wall Street Journal has now noted what has been discussed in various corridors for some time: the hedge funds are beginning to move to Switzerland. (And no, the Swiss are not stupid enough to make their lives difficult.)

Lawyers estimate hedge funds managing close to $15 billion have moved to Switzerland in the past year, with more possibly to come. David Butler, founder of professional-services firm Kinetic Partners, said his company had advised 23 hedge funds on leaving the U.K. in the 15 months to April. An additional 15 are close to quitting the U.K., he said.

As it happens, this subject has been raised in the House of Lords a couple of times by Lord Pearson of Rannoch.

On July 2 he asked a question in the Chamber:

The response was, unsurprisingly, rather bland so the Noble Lord followed up with two supplementary questions that the rules allow, one of which he specifically asked:

Secondly, have Her Majesty’s Government made their own assessment of the damage to our economy caused by firms leaving the City in droves, which they are already starting to do?

Well, Lord Pearson was not going to leave matters there and, unlike his former party, he did something about it. On July 20, he tackled the subject again in a Written Question that asked

HMG was having none of it. Well, to be quite precise, HMG was not going to admit either to ignorance or to panic.

Treasury Ministers and officials have discussions with a wide variety of organisations in the public and private sectors as part of the process of policy development and delivery. As was the case with previous Administrations, it is not the Government's practice to provide details of all such discussions.

I trust Lord Myners read the WSJ article with his toast and marmalade this morning.