Can't think of a better person 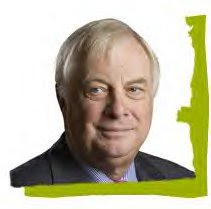 The Daily Mail informs us (and this must be the first time in many a long month that I noticed anything in the news that is of any interest whatsoever in that paper) that Lord Patten (former Tory MP, former Governor of Hong Kong, former Eurocrat, now Chancellor of the University of Oxford) may well be interested in becoming the EU Foreign Minister, should such a position come into existence on the Constitutional Lisbon Treaty becoming law.

This, Ms Kirsty Walker tells us helpfully, has rather annoyed the Boy-King of the Conservative Party as it is that party's settled policy to oppose the Constitutional Lisbon Treaty or, at least, to make sure that it is not left there.

So the first question is will this mean that there will be calls for the whip to be removed from Lord Patten as he is opposing party policy.

The second question is inevitably about the Shadow Foreign Secretary: does Mr Hague ever listen to himself? This was his comment on the possibility of Lord Patten (who is not campaigning for the job, oh dear me, no) being tapped by the hand of fate:

Speculation about who should fill a post whose shape we do not yet know is certainly unwise and, given the nature of European politics, likely to be unhelpful to any possible candidate.

That sounds like he is worried about Lord Patten spoiling his chances by declaring his interest too early. Does this mean that our William is not on message either when it comes to the Conservative Party's attitude to that pesky treaty?

As for me, I cannot think of a better person than Lord Patten to bloviate on the subject of European foreign policy, which does not exist as there are no European interests. He will look very good in all those meetings. Well, no worse than all the other Eurocrats.

Oh and by the way, I do not think former Prime Minister now totally forgotten international statesman Tony Blair has any chances of becoming European Council President, so there is no reason why Lord Patten should not be Foreign Minister.