Investing in the crooks 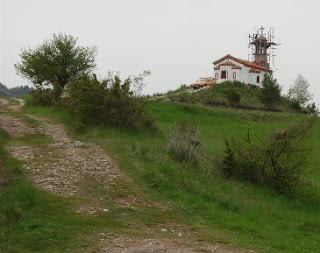 In the Bulgarian paper Standart News, we hear the sorry tale that the government has only been able to spend 1.27 percent of the EU funding allocated to it.

Altogether, Bulgaria has been allocated €6.673 billion for various projects but the catch is that it must all be spent by 2013. By the end of this July, however, all they had managed to dispose of was €84.9 million.

Of the various programmes, less than €661,000 of the €967 million grants for "competitiveness" had been spent – considerably less than one percent. The top scoring programme was to develop "administrative capacity" (why are we not surprised?) but even that had only soaked up 17.6 percent of the funds earmarked.

The transport programme, aimed at improving the primative road system (pictured), is having more difficulty. The money paid out here amounts to a mere 0.38 percent of the allocation - and that situation could be about to get worse.

According to the Sophia Echo, prime minister Boiko Borissov has just sacked the executive director of National Road Infrastructure Agency (NRIA), a man who rejoices in the name Yanko Yankov (no, I didn't invent it).

The reasons given were the "lack of synchronisation and communication with the representatives of the European Commission, exaggerated payments to outside consultants, inadmissible actions concerning NRIA's spending in a time of crisis, the lack of an adequate quality control and management system [...] and the inability to meet targets and deadlines."

In other words, the man is a crook, creaming off EU funds instead of building roads and bridges. Even then, he is not a very good crook as his agency has only been able to work through its share of the 0.38 percent of the funds so far spent.

However, help may be a hand. Yankov will be replaced by Dimitar Ivanov, a former head of the agency who resigned under something of a cloud. Since then he has worked for a number of major road construction companies that applying for EU funding for diverse road schemes. Ivanov should be able to give them a hand.

All of this would be hilariously funny (or not) if it was not for the fact that of the money allocated, about half a billion (pounds) comes from UK taxpayers, paid as part of our membership contribution to the freedom-loving European Union. We have, therefore, a direct financial stake in this Bulgarian crookery.

On that basis, it would be nice to have a vote on who actually got to spend the money, in which case we need to find the most inefficient crook going. Any hope of the money being well spent is about as likely as a Labour (or any) government delivering enough helicopters to our troops in Helmand.