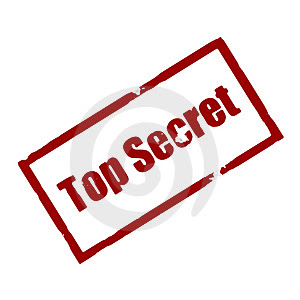 One has to smile, even if a little wanly, at the letter from Richard Shaw in The Sunday Telegraph today.

He refers to Booker's piece last week ("Weather records are a state secret"), which reminded him of an incident in the 1970s when he was writing technical manuals for the Services.

If, as occasionally happened, writes Shaw, an author was refused some piece of information on security grounds, his colleagues would jocularly suggest that he ask either a defence journalist or the Russian Embassy.

One author, who had been asked to include in his manual a table showing the difference in barometric pressure at one foot intervals from sea level to over 100,000 feet, was apparently told that this was highly classified information which could be released only to someone with the appropriate level of security clearance.

He took the usual joke literally and rang the Russian Embassy which, to everyone's amazement, as it was during the Cold War, duly sent him the required details.

This also reminds me of a long-running controversy in the 70s about the number of incursions of Soviet aircraft into British airspace, testing our defences and reaction times. Flight magazine mounted a spirited campaign to obtain from the government details of the number of Soviet flights that had been intercepted by the RAF.

The government consistently refused to supply the information on the grounds of "national security", provoking an exasperated comment from Flight, that we "wouldn't want the Russians to know, would we?"

So it is today. Much of what the government withholds on the basis of "security grounds" is kept secret not for fear it might aid any putative enemy, but simply to keep its own citizens in the dark.

This I found when researching for Ministry of Defeat. Much of the information came not from official channels – or the British media – but from Arab "resistance" sites, which gave consistent and remarkably accurate information about the activities of British troops.

But then, there is that very funny episode in Yes Minister when Hacker wants to know what the Foreign Office is up to. He is advised to contact the Israeli embassy.

With Booker today recounting the bizarre tale of the MoD press officer suing the ministry for forcing him to tell lies, we have at least one consistent frame of reference to work from. If it comes from the lips of an "official spokesman", we can usually take the opposite for the truth.