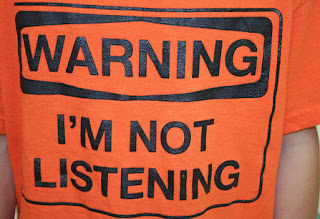 "Conflicts like Afghanistan are lost not on the battlefield by dedicated soldiers, but in the arena of domestic public opinion," says Lt-Col Stuart Tootal, adding: "Casualties will understandably reinforce doubt in the minds of many."

"But the last thing our troops want is for the public to start wobbling on them and the Government needs to ensure the public are equally dedicated," he goes on to say. "This will require providing our soldiers with the right resources, a proper strategy and a justification for being in Afghanistan that makes sense to the people of this country."

The interesting thing is, I would have put the requirements in the reverse order: justification, strategy and then resources. Unwittingly, Tootal may be revealing what is really wrong with our campaign in Afghanistan. The tail is wagging the dog. It certainly seems to define the activity to date and if this statement reflects the predominant thinking, then it is no wonder we have problems.

Tootal is absolutely right about the role of domestic public opinion though. The problem is that the military and the political classes having ignored, abused or generally taken it for granted and now it is an uphill task to restore confidence. So much damage has been done that it will take a Herculean effort, and a level of understanding and skill which so far has not been evident.

James Delingpole puts it neatly, offering a welcome contribution to the debate from which us plebs have so long been excluded. As I wrote recently on our own forum:

... what we will not tolerate is being patronised, being treated like half-wits or having our arguments and concerns trivialised or dismissed. The battle in Afghanistan will be lost on the home front, if you do not treat it seriously. Listen to us, and address our concerns or we pull the plug.

That is the number one priority - it's time to change the tee-shirt.