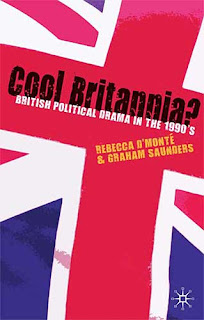 Gerald Warner makes the op-ed page today, in a quintessentially silly season story, taking on Stryker McGuire, the American journalist who first gave currency to the concept of "Cool Britannia".

McGuire has run his eye over Britain in a more critical mood, writes Warner, and what he sees is decline. Post-imperial debility has finally caught up with this sceptr'd isle: our public debt is soaring towards a record high; we are about to be eclipsed by "giant emerging economies like China and India"; our defence budget is unsustainable; we cannot afford to renew Trident; and the engine of our "soft power" – the financial sector – will not recover its former pre-eminence.

Always a good read, Warner has nevertheless missed the point, as indeed has McGuire. What we are reading is not a Britain in decline, but the emergence of two nations, the private sector and the public-supported sector.

One is in decline, with people cutting back and looking to a gloomy future, as against an increasingly profligate and expanding public sector. This sector is draining money from the real economy while delivering less and less, with greater inefficiency and bureaucracy, its ambitions unrestrained as it puts out its hand for more and more money to feed its spending habit.

In a tiny way, that is what the MPs expenses row was about – a privileged few, feeding of the state, spending more on their expenses than many people earn – those people who have learned again the virtue of prayer, uttering silent invocations to their own personal deities as they tap their PIN numbers into the hole in the wall in the hope that it will deliver money instead of a curt, impersonal refusal.

That is the sense of the divided nation – a cynical disillusioned rump who watch their masters piss money against the wall, talking glibly about billions and spending millions as if they were small change, while the average Joe is counting up the "shrapnel" at the end of the week to see if he can afford a packet of fags and a lottery ticket – not that he is allowed to smoke the fags down at the increasingly empty boozer that he used to frequent.

This is not, therefore, about whether Britain is "great" any more. It is about seeing your own country being taken over by an alien breed that seems to regard our money as their own, to be handed over to them as of right, to feed their profligate, wasteful lifestyles – a country that is not ours any more but which belongs to our gilded masters to use as their own plaything. In that respect, the "great" is neither here nor there. It isn't even Britain anymore. We are strangers in an alien country that was once our own.