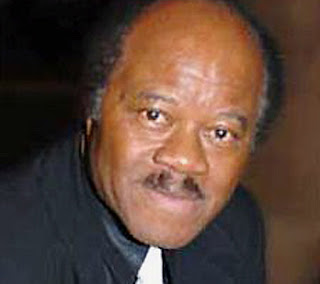 It is relatively rare for The Guardian to take up cudgels on behalf of the British population against the over-arching might of the Socialist Republic of the European Union, but even this revered newspaper seems to think there is a limit to how far European integration should go.

Its focus here is the dark case of Dr Daniel Ubani (pictured) who in February killed David Gray, 70, by giving him an overdose of a painkiller. As a citizen of Germany, and a registered medical practitioner there, Ubani was entitled to practice in the UK under EU law, without the General Medical Council or the Royal College of General Practitioners being permitted to test his competence.

Now, it appears, the two professional bodies "are on a collision course with the government and the EU commission" after calling for all doctors coming to work in Britain from Europe to face tests to prove they are fit to practice in this country.

Both the heads of the respective bodies, Finlay Scott and Steve Field, want a rewriting of the rules for recognising medical qualifications across the EU. They say all doctors from the EU and other European countries must face tests on their knowledge and skills before working in Britain, "just like doctors from other parts of the world."

However, they are all wrong. The benefits of the current system are manifest – as Booker recalled a couple of years back.

We are, for instance, protected from Australian and New Zealand doctors, who claim English as their mother tongue. With their impenetrable accents and arcane slang, they are rightly required to prove their proficiency in English before they can practice in the EU – of which the UK is an enthusiastic part.

That foreign nationals of EU member states – totally unable to speak English - can "waltz in and waltz out of this country without appropriate safeguards for the public," is neither here nor there. That is our own fault for not being good Europeans and learning German ... French, Italian, Spanish, Polish, Hungarian, Serbo-Croat ...

The system, of course, is vitally necessary to prevent Germany invading France – or vice versa - and therefore, as you might expect. ministers have rejected pleas from Gray's family for a review of the out-of-hours system and "seem satisfied with the pan-European system of recognition for medical qualifications."

As troops mass on the German border, we can see their point – after all, it was only 70 years ago (nearly) that they were doing it for real – and it is quite obvious that, unless we let the Germans over to slaughter our patients, they will be storming into Paris to kill Frenchmen in their stead. To lose a few old-age pensioners and sundry others is but a small price to pay to avoid such a catastrophe.

It is thus a shame that The Guardian cannot point out those huge benefits of European integration and stop giving publicity to a few dissident doctors whining about patient safety.