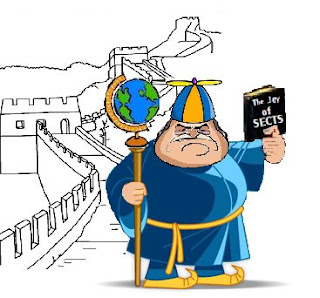 John Prescott has landed his most bizarre job yet - as professor of climate change at a Chinese university. Prezza (pictured) has confounded his critics with his new role at Xiamen University on the south east coast of the country where he will give occasional lectures on global warming.

The honour is seen as recognition of the former Deputy PM's role in negotiating the 1997 Kyoto Treaty to combat climate change. A friend said: "He's delighted. These professorships are awarded only to senior statesmen and Nobel prize-winners." On Wednesday, he will launch a New Earth Deal campaign to highlight the impact of climate change ahead of a key conference in Copenhagen.

Prezza, who failed his 11-plus, will accept his professorship in China on 9 September and deliver his first lecture. He is also working on an eco-film along the lines of ex-US vice president al Gore's An Inconvenient Truth.