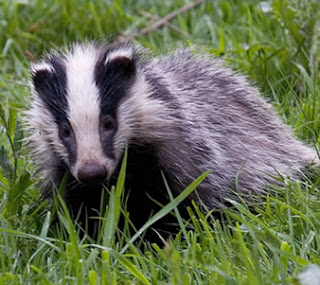 An anonymous farmer friend of mine has been waging a lonely battle over on one of our family of blogs, the Bovine TB blog.

Used as we are to government profligacy, the story of the spread of Bovine TB is one of those hidden scandals where, New Labour, in thrall to the animal rights activists – which have contributed handsomely to their campaign funds – have steadfastly refused to take action against the very obvious and proven vector of the disease – the badger. Make no mistake – this "cuddly" little creature is now a killer.

Yet, despite the long-standing and growing threat, New Labour has spent over £2 billion in not controlling the disease, allowing its slow, insidious spread to the level where the epidemic in the wild badger population is now out of control, causing havoc in the cattle industry.

What Labour luvvies ignore, however, is that Bovine TB is a zoonosis – it spreads from animals to man. Already, we have learned of a number of cases of breakout into the human population – the reports heavily suppressed – but now, with savage glee we can report that the disease has struck where it will do some serious damage.

Reported in The Times today the case of a government scientist suspected of having contracted bovine tuberculosis from an infected badger.

Thirty other staff employed by the Food and Environment Research Agency (Fera) at Woodchester, near Stroud, Gloucestershire, are also being tested for the disease. The workers are all involved in studying the spread of bovine TB for the Department for Environment, Food and Rural Affairs.

It is the first time that a suspect case has emerged among government scientific staff in the 30 years of official research into the disease – but with the epidemic spread of the disease in the badger population, it will not be the last.

If confirmed, says The Times, senior veterinary surgeons and farmers' leaders are certain to renew their demand for an emergency cull of badgers in the disease hotspot areas of Britain, such as the South West and the Gloucestershire and Herefordshire border.

This time, the government should listen to them. But it has allowed the spread to develop to such a degree that a local cull is not enough. Nothing short of a nation-wide mass cull will now do the trick. Wherever there are badgers, there is disease – there is simply no disease-free stock left in the country and, to protect the human population, emergency action is necessary.

New Labour will be known for many things when it is kicked out, but if there was any justice, it should also be known for the administration that deliberately turned its back on a potent infectious disease and thus allowed TB once more to become a threat.

Not for nothing, it seems, are Tony Blair's initials "TB" – by these, and his corrupt, loathsome government, should he be known.