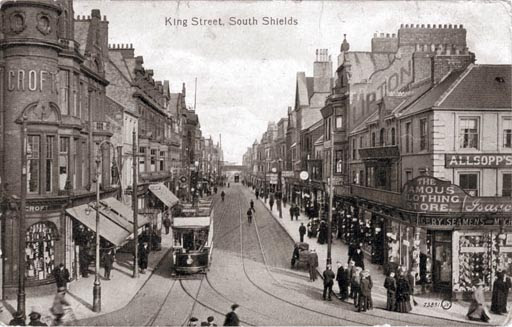 Do we actually care that David Miliband is quitting as an MP for South Shields and walking away from the "soap opera" of British politics? And does it matter that he is putting the taxpayer to the considerable expense of finding a replacement – not that it will make a blind bit of difference.

South Shields was first represented by Labour ever since 1929, when JamesChuter Ede took the seat with a majority of 40, only to lose it to the Liberals in 1931, who regained the seat with a stonking ten thousand majority.

Ede took it back in 1935, fending off a challenge from the National Labour candidate as well as the Liberal, possibly benefiting from the opposition vote being split. He kept it in 1945, and the seat has stayed Labour ever since –giving them a near 80 years of unbroken tenure.

In the last election. Miliband polled 18,995 votes, as against 7,886 for his Conservative rival, and 5,189 cast for the Lib-Dems. UKIP did not stand. The overall turnout was 57.7 percent, giving young David a mandate from just 30 percent of the electorate.

One assumes that UKIP will field a candidate for this thoroughly irrelevant contest, hoping to repeat the Eastleigh "success" of beating the Tories into second place. In South Shields, this is a bit like shooting fish in a barrel, although UKIP have always struggled to maintain a presence in the North-East, and have yet to gain an MEP in this region.

However, BNP did quite well in to General, polling 2,382 votes, many of which are potentially transferable to UKIP, assuming that BNP does not stand again. But with Lib-Dem support in the constituency eroding (the party lost five percent at the General), it looks another shoe-in for Labour. Nevertheless, the fight for second place should provide some entertainment.
COMMENT THREAD
Posted by Richard at 17:25