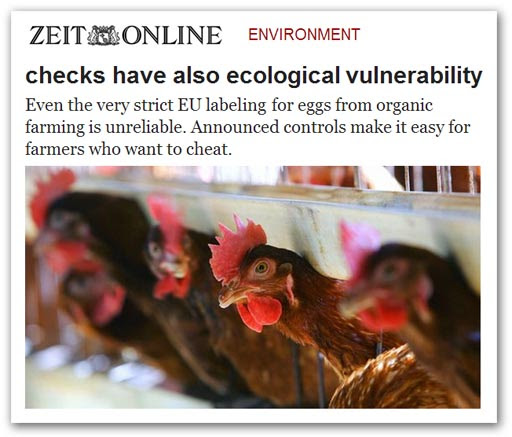 The very few that watched Defra questions in Parliament on Thursday last would have witnessed shadow environment secretary Mary Creagh trying to breathe life into the "horsemeat scandal",positioning it – as she always has tried to do – as a health scare rather than consumer fraud.

From a narrow political perspective, Creagh's obsession and limited grasp of the issues has been to the advantage of environment secretary Owen Paterson, who was able to sidestep her questioning which, although aggressive was ill-judged.

Had Creagh taken a wide view of the issue, as the German media are doing, she could have done much more damage in highlighting how ineffective the food control system has become, with the food industry increasingly prone to fraud.

What particularly she is missing is the calls for reform of the system, brought into high focus with the recent episode of contaminated animal feed in Germany, of which some 10,000 tons was delivered from Serbia to 4,500 farms in seven German, with higher than acceptable levels of aflatoxin.

Thus we had Berliner Zeitung retailing a call from the chairman of the Association of Food Inspectors, Martin Müller, who declared that it was time for a centralising of food controls, with the different state authorities joining forces to tackle the problems centrally and with greater expertise.

Müller, however, warned that Germany lacked 1500 qualified food inspectors, a complaint picked up by the magazine Stern, which also echoed Müller's call for "a kind of food Europol".

The need for this was pointed up in an earlier piece in Berliner Zeitung which warns, under the heading "Food Mafia", that the gangs have discovered the food market.

The criminal business of food is on the rise, says the paper. Drug cartels have already been caught dealing with chicken and the paper also recalls that, two years ago there was a major fraud based on adulterated with champagne, in which investigators seized thousands of bottles. In another incident, the Spanish Civil Guard found cheap caviar imported from China, which counterfeiters had misdeclared as high quality and very much more expensive Iranian caviar.

In Belgium, a cheap variety apples were sold as expensive Pink Lady. The Sicilian Mafia helped with the marketing of adulterated wine. And in 2011 Italian counterfeiters misdeclared 700,000 tons of conventional flour, soy and dried fruit as organic produce, selling it at the higher organic prices.

While criminal gangs in the past have enriched themselves mainly from arms trafficking, drug smuggling and human trafficking, they have spread their activities more and more into the area of consumer goods: electronics, counterfeit trainers, pharmaceuticals and now increasingly, foods and beverages.

"This is big business, in which you can earn a lot of money," says a Europol investigator. "The high number of fake and shoddy food we have seized is worrying". Furthermore, there are indications that the trade is being funded with the proceeds of other criminal activities such as drug and human trafficking, with the food trade also being used as a means of laundering "dirty" money.

The authorities complain that they do not know enough about the structure and dimension of the illegal food business. It is clear that there is fraud within the EU as well as via imports from the United States and Asian countries. As a result, in the last two years, national and international law enforcement bodies have stepped up investigations.

Trade with inferior and banned foods has always existed says a Europol investigator, but the scale of the trade is "a fairly new phenomenon" which has emerged only a few years ago".

The highly fragmented European food market is vulnerable to fraud, he says. With agriculture, middlemen, the food industry and the retail sector in Europe, there are 24 million people in 15 million businesses. In Germany alone, there are approximately 160,000 products on the market.

Inevitably, therefore, there are numerous entry points for fraud. The processing steps are numerous and there are long transport routes. To check all participants and products at any time is impossible for the authorities, making this trillion-dollar market attractive for fraudsters.

And while the health of consumers has not been prejudiced by the current rash of food fraud, fake and shoddy does pose a risk. "Criminals who are only interested in their profits have no respect for the consumer," says Europol. "Counterfeit and substandard food and drink are often produced, transported and stored outside of any regulation and hygiene control".

Time and again, though, we see frustrations raised at the changing nature of food controls, which have – under the aegis of the EU – become more and more paper-based.

Thus we see in a recent edition of Die Zeit (pictured above) complaints that checks on organic eggs are based primarily on inspection of invoices and delivery notes. This means that if a farmer or orders too many chicken – and therefore breaches to density requirements – or buys cheaper, non-organic feed, he will suppress the relevant documents.

Also, inspections are made on announced dates which give farmers a chance to make things "disappear" and to reduce overcrowding and bring density down to acceptable limits. (It has been known, under such circumstances, to give birds a day trip to the seaside, keeping them away from the gaze of inspectors.)

However, in this instance the chairman of the Agriculture Committee of the Bundestag Hans-Michael Goldmann, does not hold back from blaming the inspectors. "To them it must have been obvious", he says, that the organic farms were producing far too many eggs for the number of birds registered.

But, says Stern magazine, although the inspectors go into the factories, they rely mostly on the written responses from the companies. The inspections by local veterinary authorities failed. Paper checks were relied upon because it was too difficult to count the chickens.

For consumers though, there is a lesson in the findings from the growing levels of food fraud, which is not evident from recent events. While the emphasis has been on supermarkets and cheap, processed food, Europol has bad news for consumers who swear by farmers' markets. Investigators find that these are the outlets most favoured for putting fake, substandard goods into circulation.

No amount of EU regulation will make it different. Laws only go so far, and paperwork is no guarantee against fraud. Thus we see the the calls for more enforcement. And perversely, as border controls are relaxed, the need increases – to the extent that one wonders whether many of the gains of the so-called Single Market are being wiped out.