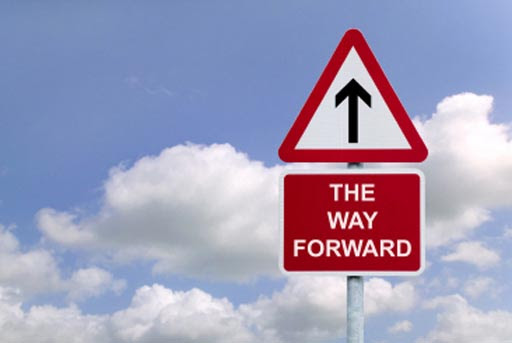 Yesterday, I was supposed to be speaking at a conference organised by the Campaign for Independent Britain, on the subject of the EU referendum. Unfortunately, the weather made it unwise to attempt the journey to London, which means I was unable to deliver my speech. However, I did undertake to post a shortened version of my intended address on this blog, so here it is.

If there is an immediate way forward on the vexed question of an EU referendum, it is to pray that we do not have one. Should it ever happen, it is almost certain that it will be rigged in one, if not several ways. Whatever passed for the "no" option would be framed in such a way that it would either be impossible take as a rejection of the EU, or would it look so unattractive that the majority would reject it.

Whichever way it was framed, therefore, we would lose. And in so doing, the cause of euroscepticism would be set back a generation. Most likely, we would see the EU collapse before the British people summoned up the energy again to call for a withdrawal. The EU would leave us, rather than us leave it.

Part of the reason, I suggest, why this situation prevails – but only part – is that the eurosceptic movement has never fully developed. It remains wedded selling the negative, arguing for leaving the EU, instead of putting the case forcefully for a credible alternative that means something to the ordinary voter.

For sure, there have been many learned argument about how much better off economically Britain might be if we leave the EU, and some of the arguments might even be true. But, for most people, it is not so much that they are not persuasive. The whole subject leaves them cold.

Thus, although the eurosceptic community might get worked up about free trade agreements and the rest, no more than a tiny majority is in the least bit interested. Only a tiny fraction of people know the difference between a customs union and a free trade area. Possibly, even fewer care.

It is always possible, though to fill spaced between the adverts in newspapers, pointing out how terrible the EU is, how much it costs, how much red tape it causes, and even how many Polish labourers are camping on our doorstep as a result of our membership of the EU.

But when push comes to shove, all but one of the major national newspapers, almost all of the local newspapers, and all the broadcast media, are in favour of our continued membership of the EU. All the major political parties, support our memberships, the majority of the unions, the business community and even supposed "eurosceptic" think-tanks such as Open Europe.

Come a referendum campaign, it is a given that they will all support the government line. The "yes" campaign" will be well organised, well funded, and supported fully by the establishment, relying heavily on fear, uncertainty and doubt (FUD) to carry it message.

The "yes" campaign" will not make the case for staying in the EU – it will simply point out the perils of leaving, relying on the so-called status quo effect. And that effect will be the deciding factor. People will voter against uncertainty, for conformity. In referendums, that is the most powerful of all motivators, and the government will ensure that it works in its favour.

For us to prevail, therefore, we are need a new strategy. We could even say that we actually need a strategy, having lacked one in the past, and still lacking one in the present. We need what I would call the "Stokes precept", from Richard Stokes, the Labour MP for Ipswich, who on 15 October 1940 told the House of Commons in a debate on war aims that it "... is no use fighting for a negative object. You must have a positive one, and the sooner that [is] stated the better".

What we need to do is address the "what's in it for me? " factor, presenting them with such an overwhelmingly positive outcome from our leaving the EU that any downside, by comparison, is of such small importance that it is worth taking the risk.

Looking at that from a personal perspective, I have often argued that there is little to commend leaving the EU if the outcome was simply to take back powers from Brussels and hand them over to the same establishment which gave them away in the first place.

If the EU has been a secret revolution, along the lines of Orwell's Animal Farm, where man has been replaced by pig, only for pig to become man, giving powers back to Whitehall and to the gatherers of expenses in Westminster, is simply replacing pig with man. It gets us nowhere. It achieves nothing for the ordinary voter.

Clearly, we must have a better offer than that, and perhaps the way forward is to recognise that the EU is not about trade, or other peripheral issues, but about the way be are governed. Trade is only incidental to the EU, a means to an end, that end being political integration. The EU is a system of government, and already it is our supreme government. It only real ambition is to become even more powerful.

Therefore, what seem to be obvious is that, in order to fight one form of government, we must come up with a new and different form of government as a counter. It is no use offering more of the same, or the party-dominated structures which have lost support and lack any credibility.

Further, since we so often complain about the lack of democracy inherent in the EU system of government, we need to offer people real democracy as an alternative. And here, more of the same doesn't cut it. We complain that European Commissioners are not elected, but in fact the are nominated my members of elected governments, and their appointments are approved by elected MEPs.

How is that worse that having an unelected prime minister, appointed by a political party, governing via a coalition for which no one voted? We could not have voted for it, as it did not come into being until after the general election.

Interestingly, the EU – which pretends to itself and others that it supports democracy – builds "representative democracy" into the Lisbon Treaty, thereby rejecting any form of direct democracy. Putting power, real power, in the hands of the people is not something the centralist, authoritarian EU could live with.

Some of us, thus, have already been thinking along the lines of a positive approach to the EU problem, coming up with "Referism" and latterly the Harrogate Agenda". Each of these offers improvements on the status quo in the form of direct democracy. And it is here that there possibly lies the real antidote to the EU, fighting lack of democracy with real democracy, rather than simply more of the same.

The point here, is that, unlike a political party, which accepts the rules as they stand and merely offers variations in detail, by way of different policies, to enthuse the majority of people we really need to go back to fundamentals. The EU's original objective was to make Europe and thereby the world a better place. If we are going to fight fire with fire, we need similar high-minded ideals.

This, though, will not be enough. If the opposition's main weapon is FUD, we must have a means of neutralising it. And here, we need a element of pragmatism which has not always been evident in the eurosceptic movement.

Recognising this, we have been looking at the application of Article 50 and a measured, negotiated withdrawal. This may not have the attraction to eurosceptics of the "big bang" amicable divorce, with the immediate repeal of the European Communities Act, but it does have the merit of eliminating the FUD factor.

This is where rejoining EFTA comes in, together with remaining in the EEA. If we do these things, plus repatriate all the EU legislation, our status the day after we leave will be exactly the same as the day before.

Given that it is impossible to unravel forty years of integration overnight, we are best off taking our time, and if it takes a decade to secure a clean break, that would be time well spent. After all, UKIP have spent twenty years trying to get us out of the EU without success. Ten yes more, for the certainty of withdrawal is not a bad bargain.

This, then, effectively defines our strategy – a two-pronged attack. On the one hand, we devise an alternative to the EU that related to the ordinary voter and offers a real difference in the way we are governed, increasing democracy in the system. And, on the other hand, we address the fear factor, neutralising it as a weapon and thereby weakening the status quo effect.

Inevitably, this will take time. To start from scratch with what amounts to a new contract between the people and government, is going to take work to define. A great deal of effort will then be needed to spread the word, in such a manner that it takes deep root. Superficial publicity will not achieve this aim.

Fortunately, it looks as if we will have the time. The chances of our getting a referendum in the near future are next to nil. Even Mr Cameron's promise could hardly be fulfilled before 2017, and that depended on his being able to form a government after the next election.

This looks increasingly unlikely and, it seems to me that as long as Miliband thinks he can gain office without needing to match Mr Cameron's election promise, he will not do so. The earliest probability of a referendum, therefore, looks to be some time after the next election but one – some time after 2020.

This may seem a long time to wait. But, in fact, strategy takes time. It takes time to develop it, and it takes time to change minds. In 1945, there was a strong caucus in favour of developing European integration. It took until the early sixties before this became settled government policy, and another decade before the UK joined the European Communities.

In pursuing their objective, the European integrationalists benefited from clear aims and a clarity of purpose, which the eurosceptics have never been able to offer. And still it took them decades. Taking the time out to define and develop our strategy, therefore, seems to me to be the best way of using the time available to us.

And there we have our choice – prepare to win, or carry on with the "business as usual" model which will, in the fullness of time, guarantee yet another defeat.
COMMENT THREAD
Posted by Richard at 01:43