It actually started snowing at about 7.30 am on Friday morning. It continued without a break into the night and by the morning of Saturday had been snowing continuously for more than 24 hours, with no sign of it abating.  Depth is at least a foot with drifts to waist-height in places. There is little prospect of travelling far, and none at all by car.

That is the problem with this district.  Most of the residential roads are privately-owed (known as "unadopted"), which means they are unpaved, and unserviced.  We never see a gritter or plough and never get help with snow clearance. 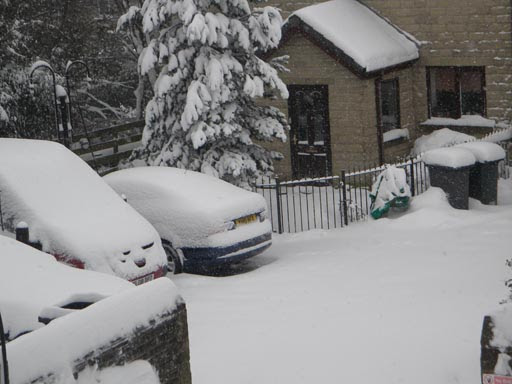 Thus, while the main road seems open (just - but down to one lane), it is almost impossible to reach it.  As for public transport, who knows?  Information normally is unreliable. Thus, while I was due in London today for a conference with Campaign for Independent Britain, I have abandoned any idea of attending. 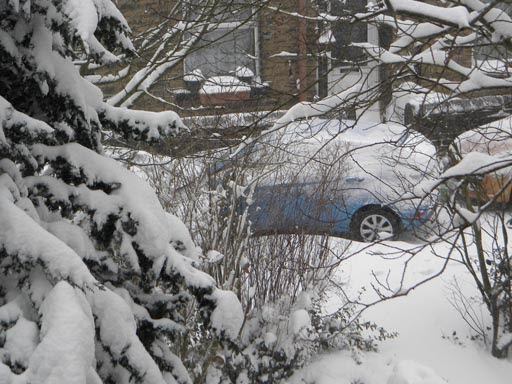 But the fact that I should be writing of such matters on 23 March is utterly bizarre. Last year at this time, we were in the throes of a drought, and the temperature on this day peaked at 21ºC in part of the region.  Today, in this area, it will struggle to reach zero, with the wind-chill dragging it down to a bitter minus seven. 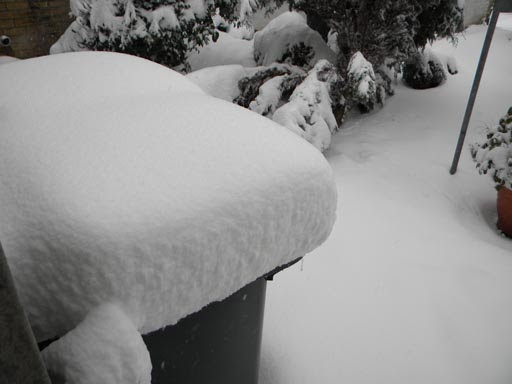 And last year, the warmists were in full spate about their precious climate change, despite the fact that their predictions had been for cool wet winters and hot dry summers.  In fact, we got a long dry winter, running into a dry spring, with a glorious few weeks of warmth which then settled down to a long, cold and excessively wet summer.

That dragged on into a wet autumn and early winter, then turning to snow, more snow and even more snow.  Although it never lasts, it has been frequent.  This is our eighth separate episode of snow this season. And it would be a brave warmist who stood up and started preaching about climate change.  People are heartily sick of the cold.  It seems forever since we last had a prolonged spell of good weather.

Still though, the local council spends about £300,000 a year on the salaries of climate change officials.  Send them here with shovels in their hands, and they might be some use.  Send them to preach, and we would happily lynch them.  Instead, the council will be here shortly with its hands out for our money, and we must pay them or go to jail - all so that we can keep these climate change officials paid.

So, we are heartily sick of our council as well - not that they give a tinker's cuss.  They take our money whether we like it or not, while we freeze. But who dare call it climate change?  Not their climate officers, for sure. They really would be lynched.
COMMENT THREAD
Posted by Richard at 11:40